Sharing a common border between them, Vienna and Bratislava portray different kinds of environments for travel. Each of them being capital cities of Austria and Slovakia respectively have beautiful views along the route connecting them. The historical and artistic attractions of Vienna soon transform into the more natural and exquisite views of Bratislava. Both share a few common aspects in the form of beautiful cafes, restaurants and menus ranging from traditional to gourmet. They also have numerous castles located here, speaking highly of the historical significance. The route stretches along the Danube river, giving beautiful views of it.

Travelling in a taxi from Vienna to Bratislava is the most efficient method to choose. The 1-hour journey can be covered easily without the struggle of connecting transports. A number of Vienna to Bratislava car hire services are available which can be chosen too. Rydeu presents you with a plethora of options to choose from. Choosing an intercity taxi with Bratislava from Vienna with Rydeu gives a transparent and easy travelling experience.

Distance between Vienna and Bratislava - 80 km 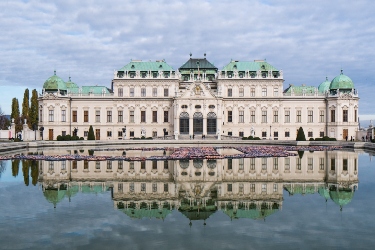 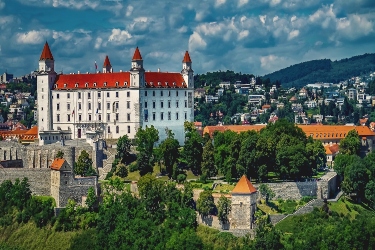 The capital of Slovakia shares its borders with Austria along the Danube river. Comprising an unofficial population of more than 6 million, it is the largest city in Slovakia. The history of this region has multiple influences, especially from the bordering countries. The impact of Austrian, Bulgarian, Slovakian, Croatian cultures is visible evidently. Politically the place has endured numerous changes along the development path. It is famed for the mix of artistic and natural locations here. Several castles and architectural beauties exist here which are associated with significance historically. The lakes and parks too capture the beauty of being located at the foothills of the Little Carpathians. The flora and fauna of this place are quite exquisite like its history. The place will make your jaw drop and prove that historical significance can co-exist with development and natural beauty.