Vienna International Airport is the only International Airport in the city and is situated at a distance of 18 km in the southeast direction from the heart of the city. It is regarded to be the largest airport not only in the city but in the entire country. The airport also serves as the hub for Austrian Airlines, Eurosong Europe and is also home to low-cost airlines such as WizAir and RyanAir. In the year 2018, Vienna airport handled 27 million passengers and has seen a rise of 10% in tourist’s rate since then. 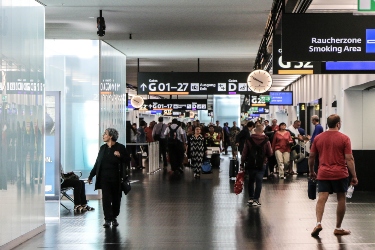 The airport provides exemplary services to its passengers, and as soon as you enter the airport, you can enjoy the free WiFi facility provided for the comfort of its passengers. So you know what should you do next if your flight is delayed, download a series and binge watch it. If you want to satisfy your taste buds with the best regional cuisine, you can dine in the various restaurants on the second floor of the airport. In case you want to grab some souvenirs or binge shop for your memories, there are more than 70 shops at the airport offering an array of gifts, clothing centres, duty free alcohol shops. The airport also provides some additional facilities like the ATM machines to withdraw cash, medical service in case of some emergency, and an information desk to help out every traveller.