Gone are the days when people had to wait in the never-ending line to buy a ticket after travelling for hours and hours. A trip is supposed to rejuvenate your mind, not load it further by making you hurry and giving you an adrenaline rush by the thought of not getting a seat in the bus or making you overpay to the natives and  get fooled by them. Online booking and pre-planning will save your efforts and help you in reaching from one place to the other effortlessly. One great example of which is visiting Venice to Bologna by car.

Rydeu provides the best Venice to Bologna private car transfers at a budget-friendly cost. We also provide car rental facility from Venice to Bologna to explore numerous places of both the cities without any hassle.

Distance From Venice To Bologna- 154 km 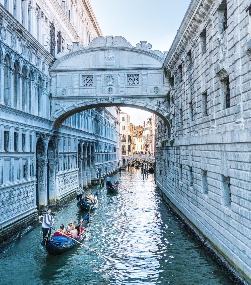 Squatting on more than 100 mini islands, oozing out from the mouth of the serene Adriatic sea,  Venice is known to be the capital of Veneto region, located in the northern part of Italy. With romance dangling in the air, this place has managed to be a dream for newly wedded couples due to its iconic atmosphere. Venice is all about canals and boat rides, soaking the serenity of the atmosphere, Grand Canal thoroughfare features multiple Renaissance and quaint gothic palaces.Some places lure you with its beauty and picturesque scenery along with drenching every bit of your creative soul into the art and history of that place, Venice is indubitably one of them. The awe-inspiring architecture, on the other hand, has swayed the aspiring architects with the refined ancient knowledge that the architects used to possess back then. 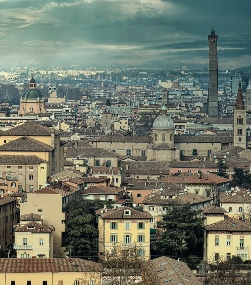