Located along the shore of Trondheim Fjord at the mouth of River Nidelva, the city is the third most populous municipality of Norway. A region famous for being the capital city of the country during the Viking period, it has great architectural beauty. Home to a number of Gothic style structures that are quite striking. The cathedrals, old town bridge, fortresses and museums, the place has a number of tourist spots in and around the area. Though gravely populated, it is a hospitable region with visitors present most of the time. Along with the old style and charm of the past, Trondheim also has modern locations appreciating the present trends in music. The Rockheim for example is a place for those enthusiastic and interested in rock and pop style of music. The number of museums and forts is high in this area, especially intriguing the history enthusiasts. The region has a history and culture as rich as its tourist spots. Among all these, the Northern lights stand out special and soothing. The Tyholttarnet is an exclusive place to visualize the northern lights in the city. The experience would surely be a once in a lifetime kind giving unforgettable memories. 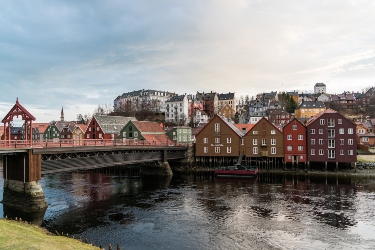 As beautiful as the place, the history here speaks volumes. Founded in 997, it has been established as a trading post since then, particularly due to the harbour. During the Viking Age, the city had served as the capital of Norway until 1217. Since 1152, it has been the seat of the Lutheran Diocese of Nidaros and the Nidaros Cathedral. Present-day Trondheim dates back to 1964 when it emerged along with Byneset, Leistrand, Strida and Tiller. The rock carvings of the region speak of a much older history where people had been residing here for a long period of time. The second world war saw the occupancy of this place by Nazi Germany which lasted until the end of the war. The residents too were witnesses to the harsh treatment. A separate place for the stay of filtered people by the Nazis was to be constructed, the remains of which can still be seen in the city. The city has developed in leaps and bounds after these incidents and now is a host to numerous locations of ethereal and charming beauty. 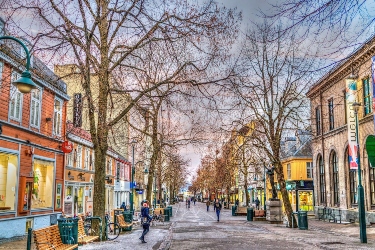 With temperatures varying greatly in each season, trips must be planned much earlier to this place. The months between June to August have the perfect temperatures with the least possible precipitation. It is quite crowded during this period with the prices also being higher than usual. Late bookings and last-minute trips might prove to be costlier than expected during these months. The months from September to November witness a cold and snowy environment. Humidity and cold are at a good high because of which the visitors reduce significantly. Planning accordingly and appropriately will be very helpful in ensuring a memorable and budget-fitting tour.