Located 6.7 km away from central Toulouse, the airport is the primary one for the region. It is partially located in Blagnac and hence the name contains both of them. These areas are communes of the Haute-Garonne of Occitaine in France. It usually has a crowd of more than 9 million annually. Most of the connections to and from this location are to Northern Africa and Europe. Few among them are season-long hauls. As many as 74 destinations in and out of the country are connected to this airport. The place is co-owned by the French government, the Toulouse Chamber of Commerce and Industry, the Regional Council, the Urban area, and the Department council. The government holds the highest of all stakes.

Situated at an altitude of 152 metres above sea level, the airport has two runways. Both of these are asphalt paved and measure 3500 by 45 metres and 3000 by metres respectively. Along with commercial flights, few test flights also happen here. Airbus and ATR have manufacturing near to the place. One of the runways is dedicated to their activities. In the Aeroscopia museum, near to the location, the Concorde, previously used by Air France has been kept. 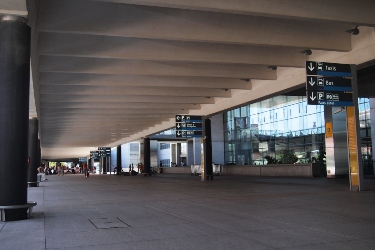 The place can be accessed by using public or private transport facilities. Of them, the airport shuffles and private vehicles are oft chosen. The area is also one among the busiest airports of France with tourists flourishing round the year. The facilities here resemble most modern airports. The necessary requirements are often present and can be accessed very well.