A cultural and historic city, Stavanger is the fourth largest municipality in Norway. An old region of the country, it deemed itself established in the year 1125. It is one of the oldest locations of Norway and has developed rapidly in recent times. Named as one of the most expensive cities in the world, it has retained a charm of the 18th century. Wooden houses, detached homes, etc are high in number here replicating an old town of the previous times. These were retained as a part of preserving the heritage of the area. It has had a booming oil industry in recent times, which also played a main role in increasing the population here. The place is also referred to as the oil capital of Norway. Apart from the booming economy and history, the region is also host to numerous attractions. The main tourist location here is the Stavanger Cathedral, located in the center. Along with this beautiful and historic place, it has a number of museums to honour the oil industry in the place. 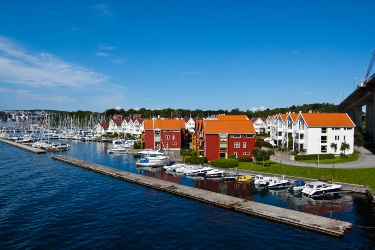 Surrounded by museums, ethereal locations and pre-modern architectural beauties, Stavanger has much to offer. The history of this place consists of its growth as a major municipality from a city owing to its major industries. Established in the year 1125 after the construction of the Cathedral, it was a major religious center. It also acted as a military and economic center prior to this. Along the way, it has had many nearby regions merge into it, thus growing as one of the largest areas. The people here have witnessed both rise and downfall. Being an economically focussed country with major industries, disturbances of the outside world have often affected them greatly. Previously, the only occupations here were in shipping, shipbuilding, canning, etc. In the year 1969, oil was discovered in the Northern sea, laying foundations to an ever growing Stavanger that is seen today. 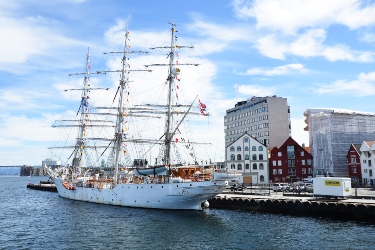 With a mildly warmer temperature than its counterparts, the city’s temperature is quite welcoming. It also has numerous green parks located in and out of the main municipality region. The Pulpit rock hike, visiting the old town, the cathedral, Kjeragbolten hike, etc. are several other attractions of the place. It is one of the best locations to experience the best of both worlds in the form of modern developments and old charm. The museums around recite tales of the successes and failures of their ancestors and give a brief insight into the changes. An exclusive and enlightening trip of the rise of a beautiful region awaits in this tour to Stavanger.

With a mildly cool temperature round the year, Stavanger offers a plethora of options to choose from. Though this exists, a suitably better time would be the summer months between April and July. The highest summer temperature is 19 degrees in July. During the other months, it is around 9-15 degrees, providing a pleasant and bearable temperature experience. They also offer the facility to visualize the celebrations of Constitution day on 17th May, the festival and the annual beach volleyball grand slam. During the winter months, temperatures go as low as -2 degrees during the night. Rains, snowing and thunderstorms are common occurrences in certain areas. It is also considered the off month and hence prices also fall down. Trips must be planned according to comfort. 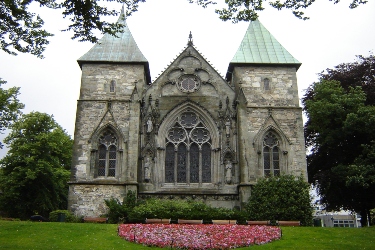 Built in the 12th century, this beautiful structure is situated in the City center. The place has beautiful Gothic structures and was renovated finally in the 19th century. Behind it, the former Bishop’s palace is present. The charm here is the carved Baroque pulpit and the scenes of the New testament stained on the glass window. A chapel nearby belonging to the 1300s was restored and is a sight to behold. Along the north-east corner of this region, the city’s marketplace is present. It is full of commotion and life and is a great place to do open-air shopping. The local culture can be clearly visualized from this marketplace. 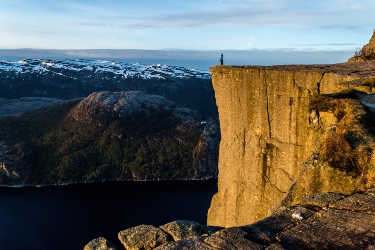 Image by Free-Photos from Pixabay

Also known as Preikestolen, this is a major attraction in Stavanger. It offers breathtaking views, sometimes quite literally, if not careful. This is a straight surfaced cliff, rising 609 meters above Lysefjord. To reach here, a bus, ferry and 4 hour hike are required and it is worth all the effort. The hiking path is suitable for beginners but it can be steep at certain locations. Wearing good boots would be greatly helpful to venture here. The blue waters below and the rising heights above make this place a must visit. Surrounded with views that resemble a beautiful painting, this is present in Rogaland of Stavanger. 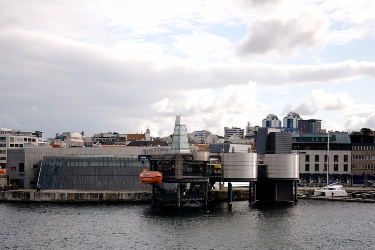 Image by  L.C.Nøttaasen from flick

As a major source of income, the museum offers great insights into the much revered petroleum industry here. It offers views into how the development had started, the discovery, the reasons and many other key factors. Shaped like an oil rig and oil storage drum, it is a blend of everything from science to history. It is located along the harbor. The museum not only suits younger people, but also the older ones. Activities suiting all age groups would be available here, each having their own kind of thrill and specialty. 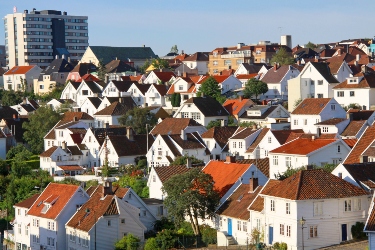 The region is one of the oldest wooden house settlements of Europe and has ethereal views in store. Located in the central part of the city, it has stone paved paths and beautiful historic homes. Moving around in the streets gives a great perspective of the olden times, when these kinds of houses were prominent. Apart from the houses and historically special locations, the museums here are a must visit. Of all, the fish canning museum and the Maritime museum are the famous ones. Visiting these will be a refreshing and enlightening experience. 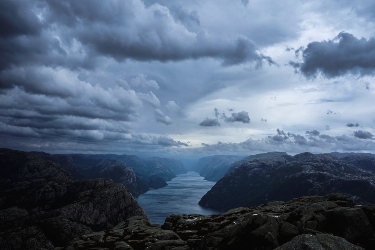 Located among rising mountains, this beautiful water body is around 42 kilometers long and 1.75 kilometers wide. It has beautiful green and blue waters, attracting the visitors. It is an elegant place which appears to have sneaked out of a painting. To reach here, tourists must travel through the boat facility. Numerous boats often traverse between Stavanger and Lysefjord. These boat trips themselves are quite enthralling, with the surroundings being peaceful usually. 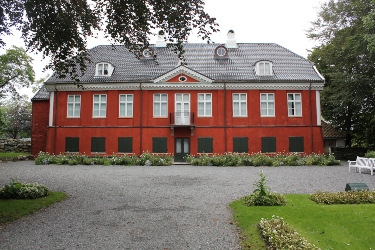 Once the summer residence of the Kielland family, this place is presently a museum and also the King’s official residence in Stavanger. It gives a look into the lavish life of the Norweigan elites during the past. It also encompasses a beautiful garden, which is connected to the others through a garden trail. The beauty of this place lies both in and outside the house. Feel like royalty moving through it and learn a little about the royal history through the museum here.

Located amid the Ryfylke islands, it offers beautiful views. They make one feel as if they are nearing the clouds above while admiring the ground below. The hike to the prominent mountain in the area is an easy one. A total of 6 kilometers with an ascent of 100 kilometers, it takes around 4 hours to reach the top. It passes through the local residences and other commercial establishments, later rising into lush greenery. The climate during the ascent is quite cold and winter clothes are advised. 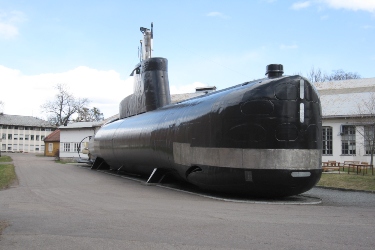 A 40 minute ride from central Stavanger, this is one of the oldest monasteries. This is a medieval times establishment and has the past of olden times quite visibly. A guided tour through it is available and they often speak about the various occurrences here. Stay is available here and the bedding requirements are provided. A greater glimpse into the times of the past can be obtained here. A church also exists in the nearby premises with specialties of its own. 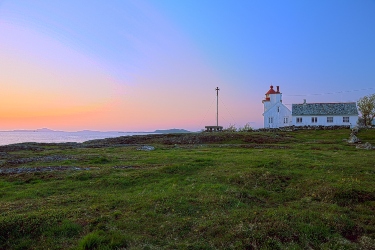 Located along the shore of Rogaland county, this light house has history and charm alike. The experience is a calming one unlike the other parts of the city. It has establishments to sit and have a small stroll around. Several coffee and mild food facilities are also available here which can be explored. The area is primarily about what the lighthouse had meant in the past times. It is a knowledgeable place. The journey would take nearly 30 to 40 minutes.

With a good number of beaches, church and several outdoor activities, Viste is an enthralling location. It is a day getaway from Stavanger. Moving around the captivating beauty of this place is a special experience. All the attractions here can be covered in a single day if one feels compelled to over them in a single day. 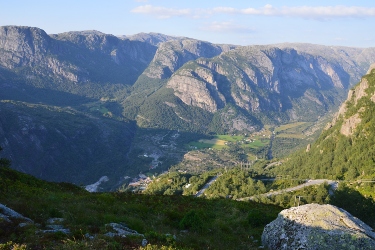 Image by Jonathan Reichel from Pixabay

Located near Lysefjord, the major attraction here is Kjerag. The scenic beauty of the surrounding mountains is a once in a lifetime experience which should not be missed. Like Lysefjord, this place also has a hiking facility. Though not a critical one, the illusions from flatter surfaces are understandably dangerous. For those trying to let go off their fear of heights, this is the right choice. The sky above and the beautiful blue waters below make the trip worth all the effort. 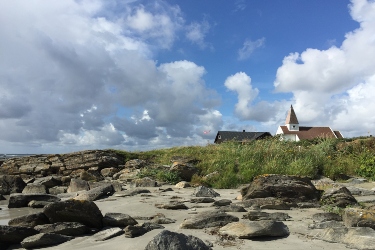 Surrounded mostly by water bodies, this place is greatly known for the water sports activities here. Sandy beaches along with dunes are the primary entertainment here. The activities often suit visitors of all age groups. The entertainment here is unmatched and can only be described by experience.