Located in the Rogaland county, the airport is around 11 km south west of the central part of the city. It is the oldest airport of Norway with nearly four million people travelling through it each year. It also has operations catering to the military in a limited amount. As many as five domestic airlines and ten international airlines operate from the place. Scandinavian airlines and Braathens SAFE are the prominent domestic airlines here while the British airways is their international counterpart. Lufthansa has ceased its operations since 2015.

Started in 1937 by King Hakoon, this is Norway’s oldest airport. It is also among the first few to get a concrete runway. The place had temporarily been occupied by German forces during World War II and was held until the end of it. It was considered an asset and was expanded greatly during the time period, the memoirs of which are still visible. The airport was built temporarily to support flights until the construction of one at Forus, which never fruitioned, making this permanent. A helicopter terminal too was built during the period to facilitate transfer of necessary items. 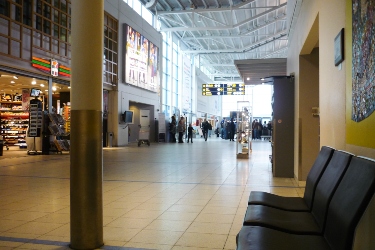 It has numerous technical facilities catering to the needs of various planes. The terminal here primarily consists of the offices of domestic as well as international airlines. The airport has two runways, both made of asphalt. Though these strips cross each other, each of them has different operations. The runway other than the main one is primarily used for helicopters. Their intersection is kept in mind while allowing the operations. All the facilities necessary are present in the terminal and can be used according to travellers needs.