The cities of Salzburg and Numerberg are famous for their commercially rich history. The Austrian city has established itself as a major salt and gold trader while the German city has made an impact on imports and exports. The rich legacy left behind can clearly be seen till date in Nuremberg. Though known for this, these places also have evolved into artistic hubs. Several cultural events and festivals occur here, acknowledging them well. Located on either side of the German border, the journey from Salzburg to Nuremberg is ethereal with the transitional views. These transformations can be best enjoyed along the road.

Distance between Salzburg and Nuremberg - 317.1 km 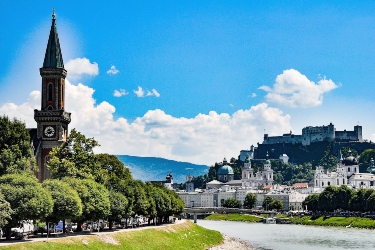 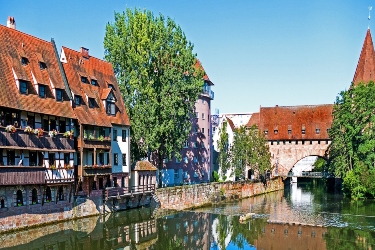 Located in Germany, the place often witnesses students and visitors flocking here. Previously, it was known for the Nuremberg trials and was a major part of the Nazi rallies. The place has several beautiful attractions, mainly comprising museums, fun activities and historical areas. Primarily, the Imperial Castle, St. Lorenz church and Nazi trial grounds are famous tourist spots here. They possess an intricate architecture with beautifully designed structures. They also hold some of the most terrifying stories. Apart from this, Nuremberg has nearly 54 museums. Each of these is dedicated to one among arts and culture, history, science and technology, family and children, etc. It also has a 500-year-old globe, built in the year 1492. The cuisine here is as special as the place itself. Specialities include the lebkuchen, gingerbread, the local beer and Nuremberg sausages. Other kinds of cuisines are also available here.