The airport is named after Wolfgang Amadeus Mozart, which is why it is also referred to as Salzburg Airport W. A. Mozart airport by the natives. Known to be the second largest airport in the country, Salzburg International Airport serves Salzburg which is seen to be the fourth largest city of Austria and is home to various ski areas in the country. Situated at a distance of 3.1 km in the south west direction from the heart of the city, the airport is just 2 kms away from the Austrian-German border.

The airport was initially used to serve the nation during the time of crisis until in the year 1978 when the airport started working commercially and entertaining passengers in the city. The airport has two terminals for the arrival and departure of the passengers, Terminal 1 and Terminal 2. Terminal 1 has 26 check-in desks, numerous service counters, various shops and restaurants at the terrace, there are approximately three p boarding gates for the comfort of its passengers. Terminal 2 is a smaller terminal than the first one and has just 4 check-in points and has fewer facilities as it is majorly used at the peak time to welcome the passengers. 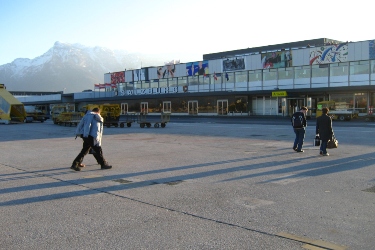 There are several duty free shops at the airport to awaken the shopaholic inside everyone, the dining facility allows the passengers to dine in some of the most mouth-watering dishes. The business lounge is for people who like to keep it classy and wait in the luxurious lounge till the arrival of their flights. There’s a nurturing room for babies and children so you can go and feed your little ones in peace. The airport also provides medical facilities in case of some emergency.