The largest town ornating the island of Bornholm in the majestic Baltic sea, Rønne conspires to enchant its travellers with its scenic beauty. The town came into existence around the 9th century, when a few fishermen used the natural Harbour to grow into a community. It was just a few years after the existence of the fishing community that, courtesy to the flourished trade, the town's economy started prospering. Soon, the town had its own court of law, which is a testament to the glorious past of this incredible town! 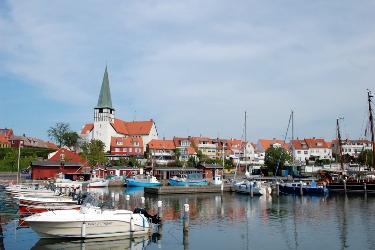 Despite being a town that is hospitable, with a unique culture, Rønne had its own knocks in its historical past! As the trade and economy flourished, the town brewed greed for itself in the hearts of many including the German princes! As a result, the town was pillaged and set ablaze by the princes from Lübeck, an innumerable number of times! Controlled by the Lübeckers in 1525, transferred to Sweden in 1658 during the Dano-Swedish wars, bombed during World War II are some of the agonies of Rønne's significant past that it boasts overcoming! 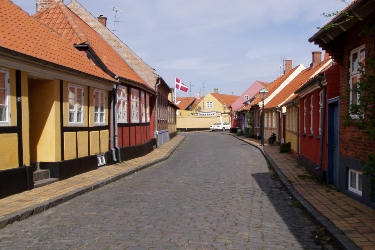 The town has a lot to offer to those who come to cherish its beauty!

Rønne is a land of magic! The town never ceases to amaze the tourists and travellers! Its rich culture is reflected in the art and architecture as well as the fine culinary skills, which can be tested by treating one's taste buds to the delectable cuisines!

From 150 years old Hjorths Fabrik, spellbinding Antoinette beach, and the Museum of Bornholm to bicycle trips, Brændesgårdshaven, and Helligdomsklipperne, Rønne leaves no stone unturned when it comes to doing justice to the time and dime invested by the its beloved tourists and travellers.

With all said and done, you will never fall short of reasons for visiting Bornholm's main capital! If you are up for some fun, learning, and a calming vibe, don't think much, and get ready for a memorable trip to this amazing town!

The following are the transport facilities available in Rønne -

There are a plethora of public buses at the service of the tourists and travellers in the town of Rønne! The bus rides are economical, and comfortable! The tickets can be bought directly from the bus driver without any hustle! 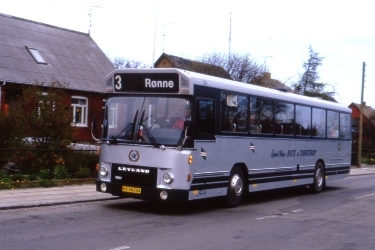 One of the best ways of exploring this incredibly magical town is by renting a self-driven car for oneself! There are a plethora of car-rental agencies operating across the town! The rent of a rented car is calculated by the number of the days the car is rented for! The cost for hiring a car for day. 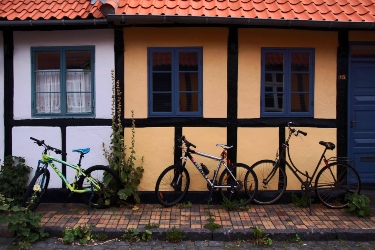 Renting a bicycle is yet another fun way of exploring the enchanting town of Rønne! The city has dedicated routes for travellers on bicycles! The routes are safe and offer the tourists a chance to treat themselves to the intricacies of the beauty and culture of the town! There are a surfeit of rental agencies, from where the tourists could rent electric or mountain bikes for themselves!

The best way of exploring the town of Rønne is by a taxi! The taxis in Rønne are comfortable, and the safest! There is no reason one should worry about travels, when on a vacation, and this is only possible when one has a customized ride dedicated to oneself!

Rydeu offers its customers to book pickup rides in Rønne! Rydeu's city taxi service in Rønne can be customized as per your budget and needs! Now book from budget-friendly or luxurious rides, with a feasible cancellation policy and 24*7 customer support, and enjoy your trips without any worries!

There is only one international airport that on the town's land :

The town abounds in airport transport facilities for the travellers to travel to and from the Bornholm Airport! 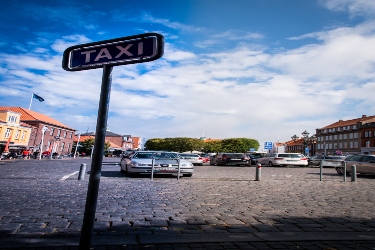 The town reflects its warm culture in the way it cares for each and every tourist and traveller!

The airport is easily accessible, and thus, ronne transport from airport does not cost more than a few bucks - one of the many reasons to adore the town even more than before!

When in Rønne, you will never run out of places to entertain you!

Some of the most adventurous and exciting places in Rønne are : 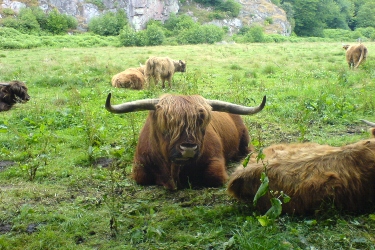 A place with rocks echoing what you desire, Ekkodalen is a popular tourist attraction in Rønne! The longest rift in Denmark, this echo valley was initially known as "Kodalen". The finest echo can be heard by screaming by Hans Christian Ørsted - a spring which was once a holy well.

All you need to do to get to this incredible echo valley is make a few clicks and book a ride with Rydeu! With a plethora of exciting offers to choose from, Rydeu will never disappoint you!

A wooden bed of rocks with a bierg on the top, Rytterknægten is the highest point on the Bornholm Highland! At 162 meters above sea level, the place is a site for sore eyes! Not just that! The best part is the Almindingen forest that surrounds this stunning place!

The one who thinks too much, loses too much! Go ahead and book a fine ride with Rydeu, and ferry yourself to this wonder on the earth! Book with Rydeu, and let us take the reins of your adventurous trip!