While this one isn’t as huge and ornate as Leonardo da Vinci International Airport, it still gives its tourists a faster checkout facility to its visitors than the prior one. This ancient Airport is home to some of the most budget-friendly airlines in the country such as Ryanair etc.

The airport isn’t as well built as other International airports in Rome due to the fact that it was meant to be a military airport which later got transformed into a commercial airport. There is one terminal for the arrival and the departure of the passengers, there are 31 check-in counters and 16 departure gates which makes the process of checking in and departing faster. The airport also provides free WiFi to its passengers along with a currency exchange facility to escape the hassle. 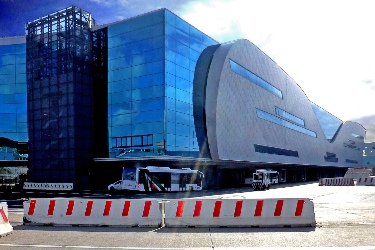