The magic of Paris extends to all its neighboring cities and towns. It is always advised to combine a trip to Paris with a small visit to Rennes. Originally dating back to the 2nd century, Rennes now houses the highest number of timber-framed houses in Brittany. Rennes is a charming town full of life and vigour. The myriad sights and attractions spread on the route from Paris to Rennes makes it a tempting intercity destination. Push back your hair and breathe the clean air on a road trip from Paris to Rennes. Eliminate all tensions of driving and rest stops and book a private taxi from Paris to Rennes and here is where Rydeu comes in.

Distance between Paris and Rennes – 220 miles 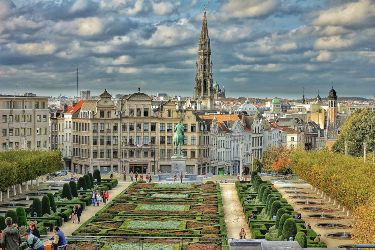 Originally dating back to the 2nd century, Rennes now houses the highest number of timber-framed houses in Brittany. Located in east Brittany in northwestern France at the confluence of the Ille and the Vilaine, Rennes is full of top-quality restaurants and cultural events and exhibitions which take place throughout the year. Have wonderful meals at the numerous pavement cafés in the historic medieval streets or the charming town squares such as Place du Champ-Jacquet and Place des Lices scattered all over the town. Relax and watch the world go by. Yet the highlight of Rennes remains the impressive Parlement de Bretagne building which was constructed in the 17th century. Try to coordinate your trip around July and August when a grand free nightly sound-and-light show depicting the city’s history takes place here.