Paris and London, two contemporaries but contrasting cities which provide the best time of your life. Located conveniently on the pristine waters of the River Thames, London is the capital of England. The largest city of England serving a population of about 89.8 lakh people, London has a bright, vibrant, and cheerful culture which wraps its visitors in a magical environment and leaves you in awe of the city. The best advice to enhance the fun of your trip is by going on a road trip from Paris to London, especially with a private car. With no responsibilities and drama, booking a taxi from Paris to London gives you the maximum comfort available, hence look no further than Rydeu.

Distance between Paris and London – 470 km 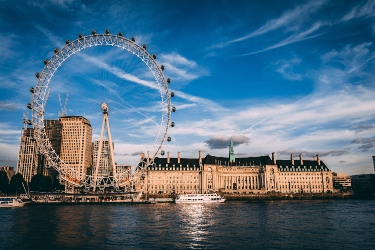 Located conveniently on the pristine waters of the River Thames, London is the capital of England. The largest city of England serving a population of about 89.8 lakh people, London has a bright, vibrant, and cheerful culture that wraps its visitors in a magical environment and leaves you in awe of the city. A place full of everything one can only imagine, from the lilac and lush greens of countryside scenery to the dazzling lights of the city’s nightlife, it gets difficult to leave London. With an area of about 1,572 km² and the vast sunny blue sky floating over Queen Mary’s Garden or the prestigious air around Buckingham Palace, London invites you to discover it. Approximately197 festivals are held annually, Notting Hill Carnival, being the largest festival, which witnesses over a million tourists every year. The glorious Big Ben shines at you as you enter the city. This grand and iconic structure is jaw-dropping and worthy of all the love it gets.