If you are visiting the incredibly beautiful and lavish city of Paris, you might want to taste the ethereal beauty of the amazing city of Charleroi in Belgium.

What will amaze you more than Charleroi itself, is the route between Paris and the majestic Belgian city. The route between Paris and Charleroi is so beautiful that it will give you goosebumps. With a chance to witness the real France, taste authentic French cuisines, bask in the arms of mother nature, travelling from Paris to Charleroi by road will be the best decision you will have ever made.The tourists and travellers can book taxis from Paris to Charleroi with Rydeu. Rydeu's long distance cars from Paris to Charleroi come with a plethora of offers from Rydeu and its suppliers, at no hidden costs and a 24*7 customer support. Moreover, if the travel bugs book Paris Charleroi cabs with Rydeu, they will have the option to choose from a variety of budget-friendly and luxurious rides to suit their wants and needs. 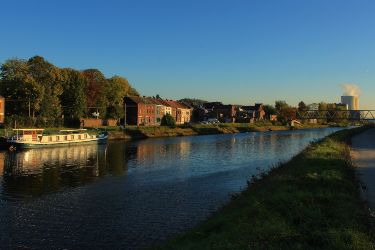 A city in the Walloon province of Hainaut in Belgium, Charleroi is famous for drawing touristy souls from all over the world to its land and giving them a taste of its ethereal beauty. The city is historic with significant traces to its past found and showcased by the authorities for the public to witness. Several places, temples and villas were built in the city back in the Roman period, traces of which have been found and preserved.

The Belgian city of Charleroi is breathtakingly beautiful and leaves the tourists and travellers in awe of itself as soon as they step on its legendary land. There are an innumerable number of places for the travel bugs to explore in the city of Charleroi. Some of those incredible places are Bois du Cazier, Alune Abbey, Brussels-Charleroi Canal, and Les Draisines de la Molignée sa.