Known to be a paradise on the earth, Paris is the most populated and the capital city of France. Dating back to the ancient times Paris was seen to be the major hub for the overall development of the country, from economy and agriculture to arts, fashion and education, the city has set ultimate goals in the entire country. Seen to host approximately 18 percent of the entire population in France, this city is noted to be the second most expensive city in the world after Singapore. 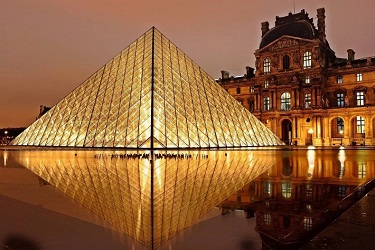 This city is considered to be a perfect amalgamation of fashion, rich art, architecture and a bit of everything that makes a place ideal for attracting tourists from all around the world. However, the architectural landmarks and the antique museums still remain the major cause of attraction, one of the most evident examples of which is Louvre which witnesses the highest visits in the year 2019. Paris is now declared to be the World Heritage Site due to its ethereal beauty and jaw-dropping sightseeing places. A perfect day trip to the gothic Lavish chapel of Sainte-Chapelle and Eiffel Tower will set your day just right. Paris has the second busiest underground public transport facilities in the world which makes wandering around in the city very feasible.

Home for various sports that recollect the pride and adventure in the country, Paris also attracts a large number of tourists due to the adrenaline junk that it offers to its visitors in the form of sports. Paris Saint-Germain is one of the most popular football clubs in the world, due to the annual FIFA WorldCup that takes place in the outskirts of the city. Paris is known for its charming nature amongst the visitors, with a power to please the wide range of audience, one can never fall short of places to explore in the city. For an ideal day out, you can tuck into the French Macarons or spend some ideal time in Disneyland. The city also features some of the best vineyards in the country so all the wine lovers out there can prepare their taste buds to receive elixir in the form of the purest wine that the world offers.

The best time to visit the city is from the months of June to August and from September to October. June to August is said to be an ideal time if you want to visit the city when the ambience is the mirthful and cool wind blows by. The only drawback of visiting this time is that the summer season is seen to be the most crowded and the most expensive time to visit when the hotel rates are higher than usual. If you want to go easy on those extra bucks then it is advisable to plan a trip during the fall when the tourism rate is low hence there is a wide availability of the rooms in a comparatively cheaper price. Make sure to plan your visit according to your budget to experience the city at its best

Paris is a huge city that provides an array of transportation facilities to its locals as well as visitors. A traveller will want to explore the city in the smartest way possible which is travelling conveniently at a cost-effective price. The various modes of transports that can be leveraged by you are mentioned below. 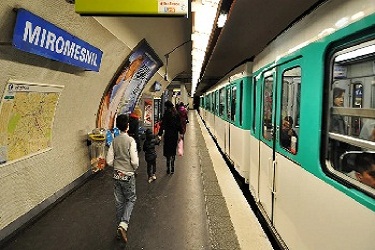 Not only is it the most convenient but it is also the cheapest way to meander around in the city. Metros are known for the interconnectivity from a hyped high-end place to an underrated place in the city. With approximately 300 metro stations in Paris, the city has 16 lines that can drop the traveller from one place to another without any nuisance. The metro runs at a frequency of 2 minutes at the peak time and usually at 1 minute during any normal day. A single ticket would cost you around 1.90 EUR, you can get the ticket from the numerous automatic ticket machines installed at the metro stations. 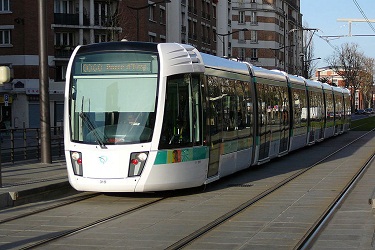 Suburban Express Railway, also referred to as RER is yet another preferable mode of transfers in Paris. There are a total of 5 lines that serve in the city, make sure to check out the details of all the lines as they depict different signs and stoppages for the visitors. The ticket would cost the same as Metro, you can also enjoy the perks of travelling in an RER on the ticket bought for Metros.

Running from the major Paris train stations, such as Est, Montparnasse and Austerlitz, Transilien or Regional Trains also offers laid-back Paris city transfers to explore the beauty of this alluring city at its best. You can buy the tickets from the ticket desk or from the automatic ticket machine installed at the bus stations. Times Tables are available for the functioning of different trains and their routes along with the time, arrival point and the destination.

Tramway is seen to host the majority of the local crowd thriving in the city, there are a total of 4 lines serving Paris which are- T1, T2, T3 and T4. The tickets work in the same way as Metros and Regional trains, the fare is the same and the tickets can be bought from either of the places.

Going past through the scenic places and getting a sneak peek of the city is only possible if you are travelling through a bus. There are approximately 64 bus lines that give a strong competition to the metro by hosting equal or more number of passengers, the bus leaves after every 5 minutes and costs approximately 1.2 EUR to wander around in the city.

Now that you have finally landed onto this dream city, you can consider a slew of options that the city provides trains, busses and taxis are most preferred modes to reach to your accommodation from the airport. 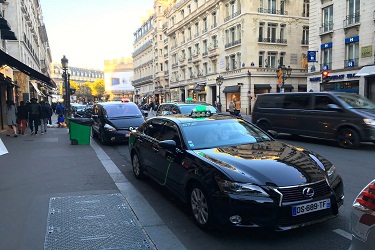 Taking a train from the airport will not only save your time but will also prove itself to be a very pocket-friendly way to drop off at your desired destination. The RER trains run at an interval of every 20-30 minutes and take approximately 50 minutes to an hour depending upon the crowd and the traffic. A single ticket can be purchased in approximately 10 EUR from the ticket booth situated at the arrival terminal of the airport. If you’re travelling with your little ones, you can get the ticket for 6 EUR, children with the age group 4 or below are allowed to travel with their guardians without any cost. However, trains in the other hand are not very convenient as the travellers will have to wait for the arrival of the next train if they missed out on the previous one, trains get very crowded on a normal day so if you’re travelling with a lot of luggage, it is advisable to call a Taxi from Paris airport to your accommodation.

Paris transfers from the airport to the hotel are now affordable as well as laid back with Rydeu. Now avoid the hassle of standing with all the luggage amidst the sweat and heat of the local train or bus. If you are looking for cheap airport transfers in Paris, book a ride with us and get access to travel in the best Holiday Taxi in Paris.

If we had to choose a place that has the power to entertain tourists at its best, we’ll have to go to Paris. With a power to give adrenaline in the back of your throat to throw the nature lovers in the tepid arms of the green warmth that the city provides, there are places that keep surprising you with more magnificent places as soon as you are done with one place. The most recommended places by Rydeu to explore in the city are mentioned below.

Imagine Paris without its world-renowned Eiffel Tower, all we can imagine is a huge void, isn’t it? This jaw-dropping sight is crafted by Gustave Eiffel in the memories of centuries of the French revolution. The tower is 324 m high and is one of the most visited buildings in the world. The first floor is home to the Eiffel Tower 58 which goes up to 58 m as the name suggests. The second floor is at 115 m and provides an ecstatic view of the surrounding, however, 315 m is what will take your breath away with its ethereal beauty. Adventure lovers will find this place the best one they can explore in Paris. 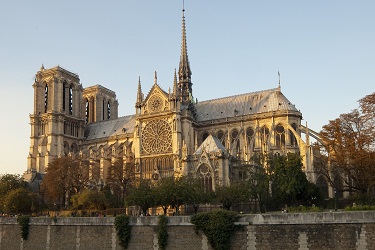 Built in the year 1345, this cathedral is regarded as one of the finest architectures in the world. This Roman Catholic Cathedral is situated in the northern part of the Ile de la Cite and is considered to be one of the most significant examples of French gothic architecture with a blend of Baroque style. To soak in every bit of the beauty that this place offers, it is highly advisable to take a walk around the cathedral and then climb the many stairs that the cathedral features. There are a total number of 387 steps that will lead you at the top of the building, make sure to put on comfortable shoes as the journey is going to be a bit tiring but the scenic view will make the climbing absolutely worthy.