Sandefjord Torp Airport is situated at a distance of 4 nautical miles away, in the northern direction of Sandefjord, Norway and 110 km away from the lively city of Oslo. The airport displays a 2,989 metre high runway. The airport entertains both Domestic as well as international flights and is known to be a hub for some of the most renowned airlines such as Ryanair, Wizzair, Cityhopper and Norwegian air international. Sandefjord Torp Airport is considered to be the third largest airport in eastern Norway. In 1960, the airport went through a reconstruction during which period it expanded

Initially the airport was largely funded by NATO to be used as one of the bases by the United States Air Force during the war. The bricks of the airport started setting in 1953 and it was completed on 2nd July, 1956. The interest in war entirely dwindled and the airport was decided to be open for the civilians in 1958. The free WiFi facility is provided at the airport for the entertainment of its visitors in case of any delay in the flights, you get a free lounge for sitting and relaxing and numerous restaurants from high-end to budget friendly ones. You can also stroll through the shops to grab some souvenirs for your loved ones before leaving the magical city. The duty free shops give you the liberty to go all gaga over the pocket-friendly products. 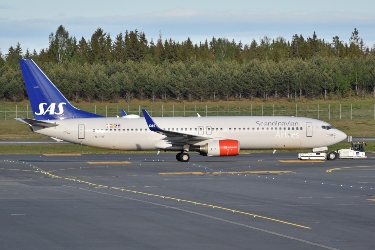