If one is visiting the city of Nice, one must visit the city of Marseilles as well. Both the incredibly beautiful French cities come in a complete exploration package. Wait! That is not all of it! What will entice the tourists and travellers more, if they do decide to travel to Marseilles from Nice, is the route by road between the two cities! The route from Nice to Marseilles is enriched with the magical smell of the countryside, exotic cuisines, and scenic beauty of mother nature. Rest assured, if you are keen on travelling from Nice to Marseilles by taxi, we would suggest that you give it no second thoughts.

The tourists and travellers can hire Nice to Marseilles cabs from Rydeu! Rydeu offers the bookings of Nice to Marseilles long distance cars to all its tourists and travellers. Rydeu's taxi services come with a number of exciting offers by Rydeu and its suppliers, a plethora of budget-friendly and luxurious cars, no hidden costs and a 24*7 customer support.

Distance between Nice and Marseilles - 198 km 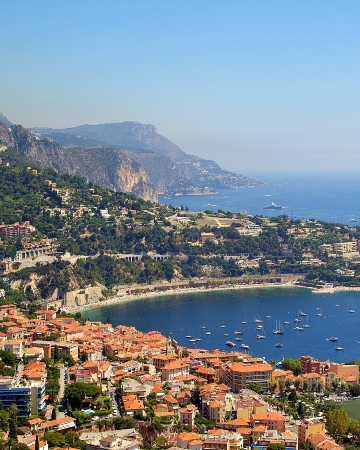 Nice, a seaport city and Mediterranean tourist centre which is known to be the capital of Alpes-Maritimes département, is the seventh most populated city in France. Situated at a distance of 32 km from the border of the country, wrapped amidst the serene tall mountains where a pleasant atmosphere pleases the tourists to explore the city without any nuisance. The mouth drooling Provençal and Niçoise dishes with a blend of rich Italian taste will make you a fan. As the city sits proudly over the Mediterranean, seafood and the raw ingredients majorly constitute in the tasty regional dishes that Nice offers. While in the city, make sure to walk down the streets to taste dishes that  must suffice your taste buds! Some of those dishes are- Salade Niçoise, Le Pan Bagnat, Pissaladière, and Ratatouille.

Also known as Marseilles, Marseille is the third largest city in France after Paris and Lyon. Dating back to 600 BC the city was known as Massalia by the natives and is the oldest city of France. Marseille was an important point of transition and trade amongst the Greeks and later the Romans.

Situated near the zenith of Rhone, Marseilles has been an exemplary place to explore for all the tourists all around the world. The city falls in close proximity to the Mediterranean Sea which has given it the pass to lure the tourists with its rich history and culture that dangles in the air and gets absorbed into the blood of every person that inhales it. Contemporarily, the city is seen to be the most vibrant city to explore in the entire Europe.