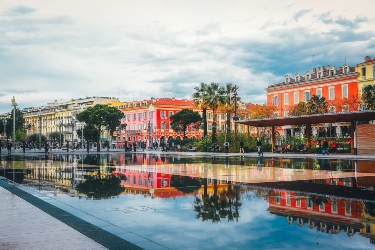 Situated in the French Riviera, at the foot of the Alps, this city is the second largest French city squatting on the Mediterranean coast. Nice is also known as Nice la Belle by the locals which means ‘Nice, the beautiful’ which is the title of the unofficial anthem of the city. Founded in the year 350 BC by a colony of Greek mariners, the city became a leading trade station in the 1st century after getting conquered by the Romans. The arrival of the 17th and 18th century marked the victory of French over the Romans which resulted in Nice becoming a French city. Visit Nice airport transfers also.

Known to be the leading economic city of France, Nice has a rich history of tourism and welcomes its tourists with a warm heart. A perfect amalgamation of fun with learning, the city offers plenty of wonderful sightseeing places to visit. From a nice adventurous kayaking to resting peacefully on a luxurious yacht, you can get it all while in Nice. For an ideal day out, the visitors can begin their journey by exploring Promenade des Anglais or meander around the old town to witness the gothic ruins with baroque architecture and rare history sealed in the walls of the many museums that the city offers. 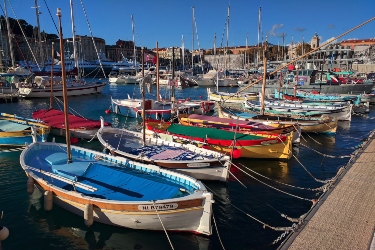 The local cuisine of France is something that will help the food lovers attain ecstasy. The mouth drooling Provençal and Niçoise dishes with a blend of rich Italian taste will make you a fan. As the city sits proudly over the Mediterranean, seafood and the raw ingredients majorly constitute in the tasty regional dishes that Nice offers. While in the city, make sure to walk down the streets to taste Socca, a thin layered crispy pancake which just melts right into your mouth, the fact that it is made from chickpea shocks every tourist, you can pair it with some red wine to make an ideal date with your partner. Some more dishes that you must suffice your taste buds with are- Salade Niçoise, Le Pan Bagnat, Pissaladière, Les Petits Farcis and Ratatouille.

Shoulder season (September-October) and from (Mid March to April) is seen to be the best time to visit the city when the hotel rates are low and the weather is nice enough to explore the city on foot. The weather is usually cold so we would advise you to keep an extra layer of cloth to visit places without getting caught in the cool wind.

May to August is the peak season and experiences a huge crowd of travellers coming from every part of the world. However, be ready to pay extra for every possible thing that you can enjoy in the city, be it the dinner reservation on the white sandy beach or to go for an adventure rush. If you still want to hit the city during the summers, you can book your tickets in advance to get the best deal possible.