From the ancient city of Naples with gothic ruins and baroque architecture to the contemporary city of Palestrina, Italy never fails as a city to amaze its visitors. From the historic places to the mouth/drooling regional  cuisine, you will be surprised in bits after exploring every city. While planning for a getaway, it is necessary to plan everything, from accommodation to transportation, every minute things contribute to a great trip. Naples to Palestrina by Private car is not only convenient but also cost-effective now with Rydeu.

Palestrina Taxi hire will bless its visitors with the most scenic views of the surrounding, the cobblestones streets covered with lush green trees on both sides is nothing less than paradise. Naples to Palestrina taxi cost is now affordable for every sort of traveller willing to explore the city. From business meetings to casual squandering around, we have made it possible only for you.

Distance From Naples To Palestrina- 187.8 km 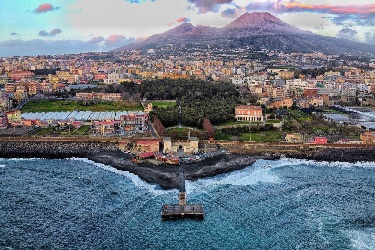 About 40 kms in the slopes of serene Monte Ginestro, sits this beautiful town of Palestrina which features some of the most famous archeological treasures in the history of the country. Home to the famous Santuario della Fortuna Primigenia, this town was initially referred to as Praeneste by the locals. After having numerous wars with the historical capital of the country, Rome, the town surrendered and was taken as a part of it. A perfect amalgamation of ancient and modern, Palestrina is a dream city for all those who want to travel back in time machine while enjoying the perks of modernity that the city boasts.