Naples International Airport, also known as Aeroporto Internazionale di Napoli serves the southern region of Campania and Naples. Regarded as the fifth busiest airport as per the records of 2019, this airport is located at a distance of 4 km from the vibrant city in the region.

This airport is one of the airports that hold historical importance as well, during WWI,  the airport served for the welfare of the nation to defend the locals from the deadly air war against the Germans and Austro-Hungarians. During WWII, this airport was used as the combat Air Force by the United States Army Airforces. After the airport proved itself to be one of the most important landmarks in the history of war, it started the commercial services to host the travellers from all around the world to step into the alluring city of Naples in 1950. 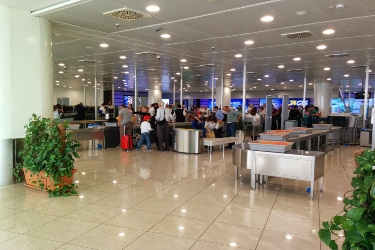 There is only one terminal that deals with the arrival and departure of all the flights from all around the world. Terminal 1 which has several lavish lounges for the passengers to lay back and wait on the sumptuous couches till the arrival of their flights, the passengers can also enjoy dining in the various cafes and restaurants with some of the finest cuisine in Italy. From budget-friendly stalls to high-end restaurants to sip on the oldest Italian wine, you can enjoy it all. There is an array of shopping spots that offer duty-free products to grab for your loved ones, so all the shopaholics can go gaga over the discounted price and rare products that the airport shops offer.

The ATMs and the currency exchange counts are a big boon for all the foreign travellers entering into the city. Converting currencies from the airport is highly advisable, however, if you want to convert the currency from a local pawn shop, be ready to pay a certain amount as the charge.