Mostly overlooked by foreign visitors, the alluring city of Frankfurt hosts some extraordinary archaeological treasures. From breathtaking museums with historical importance to the lively city centre known for chilling around with your loved ones and having the best that Germany has to offer, you can get it all over here. Frankfurt is indubitably a very beautiful place and it is linked to some of the most attractive places that the country has, for example, Munich.

We recommend you to travel to Munich from Frankfurt in your private car to get rid of the tedious process of standing in a queue to get a ticket and fighting for the seats in a public transportation. A laid-back trip requires pre planning, make sure to pre book your taxi from Munich to Frankfurt online to avail the best deals possible. An ideal Munich to Frankfurt transfers is just a click away.

Distance from Munich to Frankfurt-  392.1 km 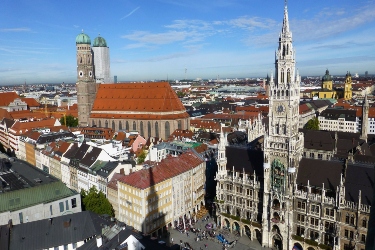