Home to innumerable museums and centuries old buildings with considerable historical significance, the german city of Munich is as enchanting as it is ancient! The city is the capital and most populous city of Bavaria - the second most populous state in Germany. Munich is the third-largest city in Germany, and is located across the banks of river Isar. The city is the action port of Bavaria, for it is home to the administrative region of Upper Bavaria. Munich is extraordinarily popular amongst the tourists and travellers who are the true connoisseurs of authentic beauty, rare art and architecture, divine beer and a blend of ancient customs and the modern ways of life! A brewing capital of Europe, the city is hailed for its heavenly drinks, with beer being the one craved the most! The city built by the monks, as is reflected in its name - München (Munich in German) has been formed of the word Mönch! - is one of the most hospitable hosts to the touristy souls! 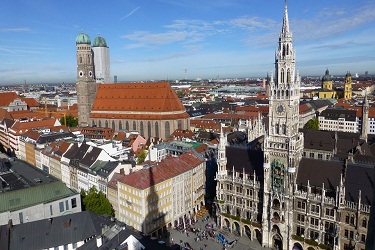 The city recorded its existence in history in the 12th century. Munich's reformation was severely resisted by the catholic munich, which also became a political issue during the Thirty Years' War. The city, however, remained untouched. Munich, soon after Bavaria was declared a kingdom in the 19th century, flourished and became an important centre of trade, art and architecture, culture, religion, and science. The city became a golden city of Germany, an asset worth preserving, albeit, like any city of great significance, Munich, too, had to face its own knocks.

It was in 1918 that the first blow came. The ruling party of the city had to abandon it during the great German Revolution. Munich, automatically, fell into the hands of several small political parties. The second blow to the German city of Munich came during World War II. The city was heavily bombed, with a lot of its assets destroyed. 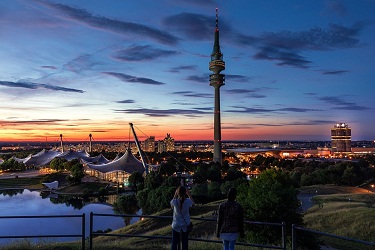 Munich faced a number of storms in its old days, but with an indomitable will, the city is now a global centre of art, commerce, research and innovation, finance, culture, education, and tourism! The city's fine living standards is a testament to the hard work of its people that has gone into the making of its greatness! Munich receives a huge number of touristy souls every year, and leaves them with their desires satiated! The city has everything that a traveller desires to explore! At the end of their visits, the tourists and travellers find themselves captivated by the beauty of this majestic city, with their souls unable to break the connection that they end up forming with the spirit of this divine city!

From Alte Pinakothek - one of the world's most famous art galleries, Munich Residenz - a historical castle from the 14th century, and Neues Rathaus - Munich's town hall, which is a gothic masterpiece to Englischer Garten - an 18th-century garden, which is a sight to behold! Marienplatz - an exquisite place for shopping and sightseeing, and Deutsches Museum, - a place that showcases the development in science and technology - Munich will never let you find a dearth of incredible places to explore!

Rest assured, visiting Munich will be one of the most worthy decisions you will have ever made! While the best months to visit the city are from March to May, the city is generally explored by the tourists and travellers throughout the year, with most of them visiting the city in October for experiencing the exotic Oktoberfest! With all said and done, this enchanting city will leave you spellbound and will definitely compel you to return sooner than you would think!