If you are visiting Manchester, you might want to visit Nottingham and avoid missing out on a whole lot of fun, adventure and rich experiences! The city is truly magical and entails unique places for the touristy souls to explore!

Apart from the city itself, what the tourists and travellers would remember for a lifetime is the beauty of the route from Manchester to the city of Nottingham! With breath-taking views, calming gusts of winds, huge trees, exotic food and the spellbinding smell of the countryside, the travel bugs would find themselves refreshed and rejuvenated!

Book a Manchester to Nottingham taxi with Rydeu and get ready for an experience that will be etched in your hearts until time immemorial! Rydeu's taxi to Nottingham comes with amazing offers by Rydeu and its suppliers, a variety of budget-friendly and luxurious rides for the travellers to choose from, a 24*7 customer support service and no hidden costs!

Distance between Manchester and Nottingham - 81 miles 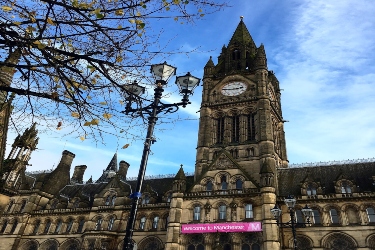 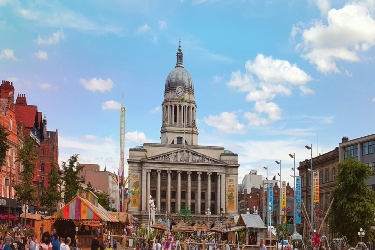 Located in the centre of England's East Midlands region, Nottingham is the United Kingdom's youngest city! The city was named a UNESCO city of literature in 2015, which is a testament to its rich literary heritage! Nottingham is a city of wonders! The city has a unique culture and a rich taste in music, art and theatre! Famed for its connections to the legend of Robin and the Nottingham castle, the city surely intrigues the touristy souls and justifiably so!The enigmatic city of Nottingham has a plethora of amazing places for the touristy souls to explore! From the National Justice Museum and the Newstead Abbey to the City of Caves and Wollaton Hall, Gardens and Deer Parks, the city has enough reasons to compel the travel bugs to visit it!