Lyon, also known as Lyons is known to be the third largest city of France. Situated at a distance of approximately 470 km in the south-eastern direction of Paris, the city is very close to Marseille. Lyon is the second most populous city in the country and is the capital of Auvergne- Rhone-Alps region. If you want to explore a place which is a perfect blend of architecture, history and gastronomy at its best. Due to the ethereal beauty of the city, a part of it has been declared to be a World Heritage Site by UNESCO and attracts tourists from all around the world. Dating back to ancient times, the city was known for the fine production and weaving of silk. 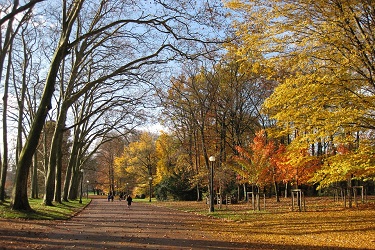 Lyon is known to be the cinematic capital of the country due to the significant role that it has played in the history of cinema. The light festival, referred to as Fête des lumières by the locals starts from 8th December and entertains people for 4 days with its jaw-dropping beauty which is why Lyon is also seen to be the capital of lights. The place is considered to be an absolute paradise for all the food lovers out there, due to the rich gourmet and popular French cuisine, Lyon is declared to be the culinary capital of France which helps the city in regaining its popularity amongst travellers. 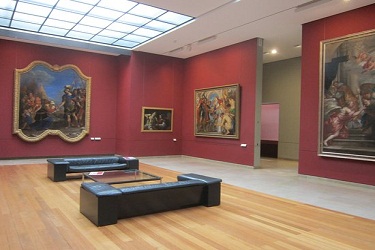 The city offers a bit to every sort of traveller that visits it, from a historical geek to an adventure freak, the city will try to provide its best for everyone to explore. It is comparatively cheaper and more convenient for backpackers as compared to many other cities in France like Nice, Paris et cetera. It is also very compact which means that the best way to soak in every bit of the beauty and try numerous local dishes is possible by exploring the city on foot.

If you are looking to visit the city centre when it is filled by the chaos of the foreigners during the peak season, be prepared to go a bit hard on your budget. Summer months which are June, July and August are considered to be the most expensive time to visit the city, the hotels are in high demand and so are the other things such as transportation, restaurant reservations. If you are looking to visit the city in the shoulder month when you do not have to spend too much and enjoy every leverage that the city offers, you can visit during the months of September to October. Cool autumn wind and serene streets with locals is what you would be able to find during the shoulder months.

The months from November to April are seen to welcome the tourists in the cheapest airfare ever. The cold dark months also assure luxurious accommodation at an exceptionally low price due to the downfall in tourists’ rate. Make sure to pre book your ticket if you want to grab the best deals on hotels, airlines and sightseeing. 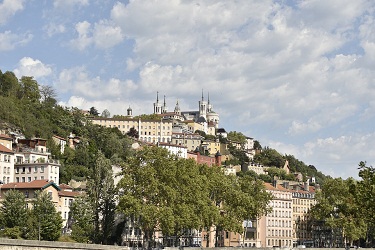 Image by loic Tijsseling from Pixabay

If you want to explore Lyon at its best, start your day by visiting one of the most prestigious and the largest renaissance old quarters of the country situated in the city. Dating back to the ancient centuries when silk was the thriving and the rich silk merchants and retailers decided to settle in the city. The gothic laid back buildings in baroque architecture with a touch of French touch, there are approximately 300 buildings in the city of Saint-Jean and Saint-Paules. The visitors can explore the beautiful city with rich architecture and tall buildings. 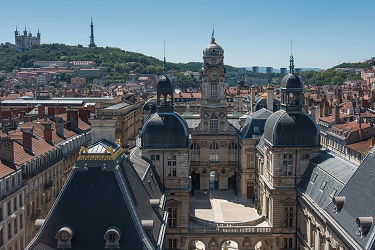 Image by CETIAT from pixabay

Situated on the Fourvière hill, this basilica is situated in the western part of the city and is known to be one of the most classic churches in the history of France. Fourvière Basilica is found in the oldest part of Lyon where numerous other pilgrimage sites have been found in the past. With a jaw-dropping interior and an iconic exterior, this church will sway you with its beauty and culture in the best way possible. The basilica is dedicated to Virgin Mary, who fought against the bubonic plague and saved the city and its citizens from the contagious disease in the late 17th century.

Image by Aga Marchewka from Pixabay

Calling out to all the nature lovers to witness the pure divinity of nature by visiting the largest urban park in France. Parc de la Tête d’Or is situated in the northern direction from the city centre and boasts a beautiful botanical garden with rare flora and a zoo with varieties of species to make the public aware about their existence. If you are planning to visit in the Spring season, make sure to rush to the international rose garden that only treats the eyes of its visitors during the spring months. With the aroma of the chlorophyll dangling in the air, you would be able to witness around 20,000 species of plants. Take your little ones to the garden and make your trip worth remembering till eternity. 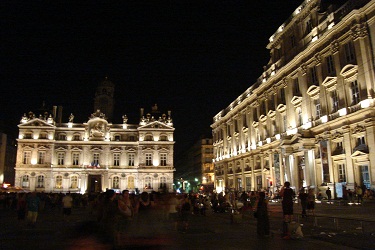 Sandwiched between Rhône and Saône, Presqu’île was built in the 18th century and is known to be an appreciable work of a renowned architect. This is the place which entertains the basic to special needs of its visitors and the locals. From high end restaurants, cafes, lively nights and renowned shopping complexes, you can fulfill all your needs here. For all the food lovers out there, make sure to pay a visit to Rue Mercière which offers numerous restaurants with mouth drooling food lined adjacent to each other. If you are in the mood for some shopping, Rue de la République is the place that you are looking for.

After the Louvre, Musée des Beaux Arts is considered to be the most renowned art gallery in France and boasts the work of a former Benedictine abbey, Palais Saint-Pierre. The museum has a rare collection of mesmerising paintings and sculptures preserved from the 14th century, you can even find modern art and sculptures in the museum which is why it is seen to be one of the most visited places in Lyon. There’s a dining place as well as a tea-salon to quench your hunger and thirst, treat your taste buds with fine snacks and the rare tea offered in the museum. 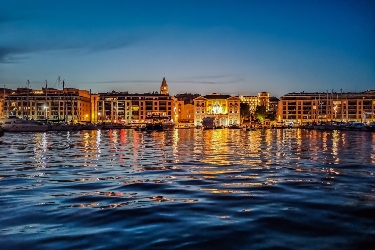 If you want to experience ancient France at its best, there’s no place better than Marseille. Known to be the second-largest city in France, it is considered to be one of the most visited destinations in the country. Walking on the cobblestoned streets will bless your eyes with the pleasant sight of numerous gothic ruins with baroque architecture, museums and castles which lured the tourists to give this city a visit. Grab the best souvenir, the soaps of Marseille, also known as ‘Savon de Marseille’. You can also taste the local dishes of the city along with the rare liquor which helps in eradicating the summer heat. 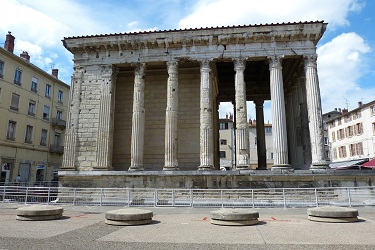 Image by falco from Pixabay

Situated at a distance of 35 km in the southern part of the country, Vienne is a small commune. Squandering over the Gere River and Rhone, Vienne is now the fourth largest commune in the Isere department. Giving a perfect peek of ancient Roman culture at its best, Vienne is a place which must be on the list of every traveller visiting the country. 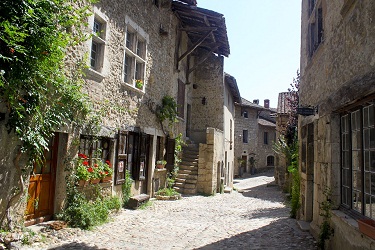 Image by 3centista from Pixabay

Standing proudly on the top of the hill, amidst the serene surrounding, Pérouges is a small commune in France. History lovers and rustic seekers will surely lose themselves after diving into the gothic divinity of this commune. It would be a complete injustice to Pérouges if we list one place as a landmark as the entire city is a landmark and the travellers are advised to explore every part of Pérouges. Food junkies are advised to satisfy their taste buds with the finest dish of the place ‘Galette de Pérouges’ which is also referred to as a sugary piece of paradise, melting in your mouth. 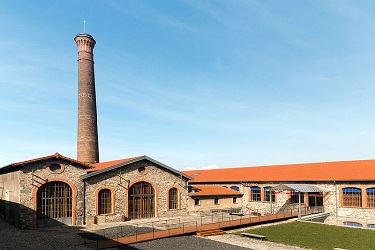 Now that you have enjoyed the lively sightseeing tour and vibrant night-life of Lyon, you might want to visit a secluded place and enjoy the serenity for a while. Make sure to include Chazelles-sur-Lyon in your list of places to explore in France. Situated in the heart of the country, Chazelles-sur-Lyon is a small commune in the Loire department. The place is still underrated and has not gained much popularity amongst the travellers but is known to be a pure paradise for all the serene seekers out there. 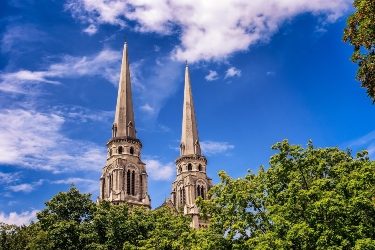 Image by Peter H from Pixabay

The ancient city in the Eastern part of France is one of the most visited places for all those who want to explore the historical part of the city. You might be able to explore some of the best places in Europe like The Royal Monastery, the Bourg-en-Bresse consists of partly timbered houses that are currently used as shops instead of being museums etc. If you want to explore the old part of the city, Maison Gorrevod is the right place for you featuring the gothic ruins bordered with beautiful lighting during the dark. 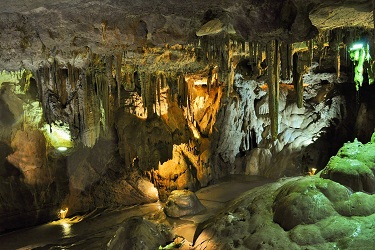 Photo by Skitterphoto from Pexels

If you are an adventure lover and thrive on adrenaline rush, wait up, we have a suggestion for you. This prehistoric amusement park is surrounded with lush green trees and a lively atmosphere. There’s a white train that functions throughout the park for the comfort of its visitors, the dense caves will bring some thrill while the mysterious green gate makes a perfect spot for a booming Instagram post. You can dine in the cafe provided in the place and grab some juices for you little ones to get the trip going. 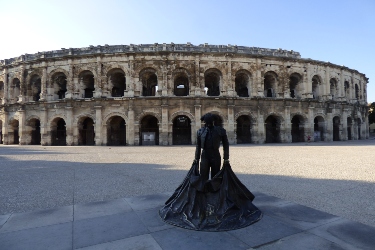 Image by Pashi from Pixabay

Situated in the southwestern direction of France, Nimes is a city situated in the southern part of France. Nimes rests peacefully on the foot of Monts Garrigues, the barren hills of the country. There are numerous sightseeing places to visit in Nimes such as Arena of Nimes and Maison Carree. 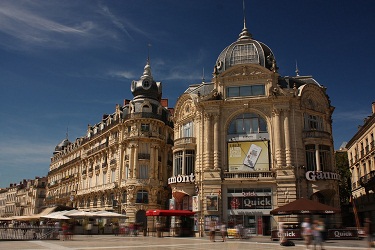 This beautiful city is situated in the southern part of France and is situated at a distance of 10 km from the Mediterranean Sea. The close proximity of the city to some of the most tourist attracting places makes it an ideal place for all the tourists out there. Cathédrale Saint-Pierre is a must visit in the city. 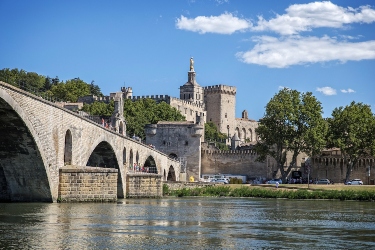 Image by Gilles Lagnel from Pixabay

Calling out to all the history lovers out there, make sure to keep this city in your list if you are looking for a trip filled with fun, culture and learning. This ancient city is seen to host popes in the 14th century when the corruption rate rose in Rome. Le Palais des Papes palace is seen to be the largest gothic edifice in the entire world.