A few hours' journey from Lyon will take you to a wonderful city - the city of Turin. The mesmerizing city of Turin entails a lot of beautiful places for the touristy souls to explore.If you are planning to visit Turin from Lyon, we would suggest that you travel from Lyon to Turin by taxi. The route between the two cities is breath-taking and one of a kind. The roads smell of countryside, and the mirthful nature rejuvenates the souls of the touristy souls and travel bugs.

Travelling from Lyon to Turin in private transport is now easier with Rydeu. The tourists and travellers can very conveniently book transfer taxis from Lyon to Turin with Rydeu. Rydeu's private taxis come with multiple exciting offers from Rydeu and its suppliers, a fleet of budget-friendly and luxurious rides to choose from, no hidden costs, and a 24*7 customer support.Well, after all is said and done, don't just keep thinking! Book your Lyon to Turin long distance taxi and get ready for some adventure and fun!

Distance between Lyon and Turin - 313 km 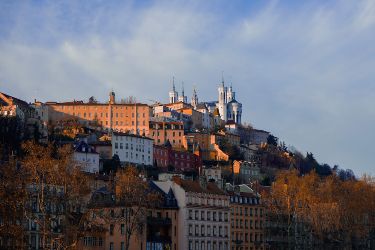 A city in France's Auvergne-Rhône-Alpes region, Lyon is a capital city known for its history stretching back to more than 2000 years ago.Lyon's history, culture, and architecture is truly one of a kind. The city takes pride in its ancient culture while respecting the modern ways of life! Lyon is swarmed with tourists and travellers throughout the year. The touristy souls not only soak themselves in the beauty of this city, but also hail its magical charisma!There are a plethora of places in the French city of Lyon for the touristy souls and travel bugs to explore. Some of those amazing places are -  The Rhône River, The Saône River, and La Place Bellecour. 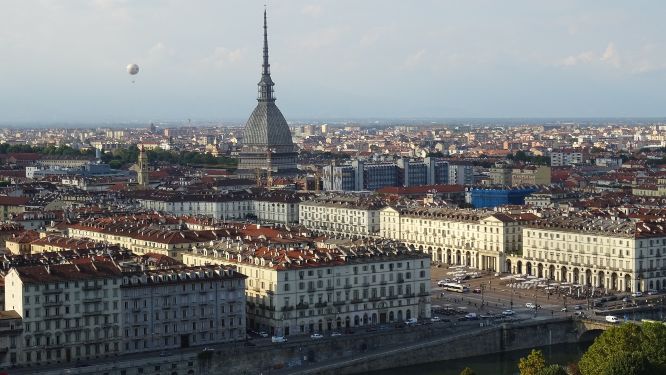 A paradigm of fine cuisine and rich architecture, Turin is the capital of Piedmont in the northern part of Italy. If you want to take a time machine and explore ancient Italy with its raw medieval art and baroque buildings, pay a visit to this city. The city of Turin is awe-inspiring and captivates the tourists and travellers in the labyrinth of its incredibly beautiful places! Some of the wonderful places for the tourists and travellers to explore in Turin, Italy, are Palazzo Reale, Palazzo Madama, Mole Antonelliana, and Turin Egyptian Museum.Rest assured, a pure touristy soul and a true traveller at heart would never skip on visiting the incredible city of Turin!