Located in Horsching, Linz International Airport is a minor airport tucked in the corner of the city for the arrival and the departure of its passengers. The third largest city of Austria boasts this airport and has an elevation point of 977 ft / 298 m.

Dating back to 1972 when a passenger terminal was constructed and 1976 when it was officially opened. The year 1985 marked the installation of an instrument landing system at the airport. From the years 1998-2003, the presiding passenger terminal was constructed and enlarged. The year 2018 was marked to be a happy year in the history of Linz when the airport was seen to host a larger number of passengers as compared to the previous years. More than 200.000 passengers are including this city in their itinerary while taking a trip to Austria. 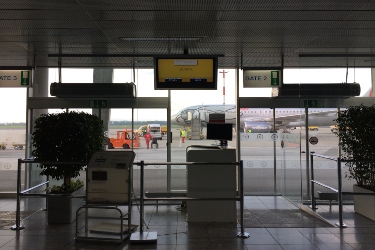 The airport is situated at a distance of 0.82 km away from the city centre which makes the trip to your accommodation very easy. The facilities of the airport are pretty normal and you would not be able to find anything out of the box. As soon as you check-in, you can see the baggage counters and places to wait by, in case of any delay in your flight. You can go and fill yourself with some low-end restaurants at the airport or grab a souvenir or two for your loved ones.