The capital of Upper Austria is known to be the third-largest city of the country. Situated on the Danube, Linz lies at a distance of 30 km from the border of the Czech Republic and provides scenic views to its visitors. Linz has a deep history which never fails to dazzle the history lovers. Founded by the Romans, the city was initially referred as Lentia by the ancient natives, the provincial and local Roman government resided and ruled. Adolf Hitler was born in a small Austrian city (situated at a close proximity to the German border) and spent some part of his childhood in Linz. Some other noted citizens of the city were Anton Bruckner and  Johannes Kepler. 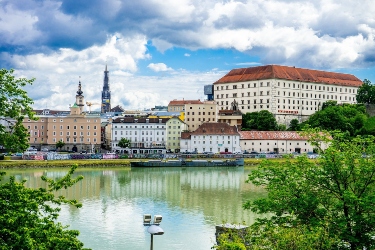 Some places are not explored by everyone, and those are the places that never fail to disappoint you. Linz is one of those places, not in the itinerary of many Austrian visitors but once visited, it’s hard to get the breath-taking views out of your mind. The perfect amalgamation of chronological buildings standing proudly on the cobblestone streets, appreciable architecture and lush greenery that surrounds the place, the city has equally amazing this to offer as its cousin like Vienna and Salzburg does. The year 2014 proved to be lucky for the city when UNESCO decided to make Linz a part of Creative Cities Network due to the brilliant museums and churches that it boasts. 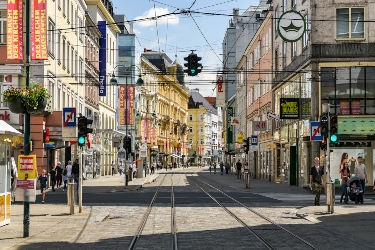 While in Austria, you simply can’t miss the mouth-watering regional food that the street shops offer. Specially known for its desserts, Linz has secured a special place in the hearts of every food fanatic out there. While in Linz, make sure to explore Kuk Hofbackrei which serves the best Linzer Torte in the world. The chilled vibe offers creative food prepared from the local seasoning and dishes that no other place offers.

The best time to visit the city is seen from May to September when the temperature ranges somewhere between 20 degree Celsius to 24 degree Celsius. The city is situated in a flat region and because it is situated near River Danube, Linz generally has a lot of fluctuations in its temperature. The rates of the accommodations are generally high during the peak season due to the arrival of the travellers from all around the world.

Going by the slogan ‘It starts in Linz’ the city has touched the hearts of every visitor that it has warmly welcomed. The third largest city in Austria is bound to have numerous transportation facilities for the comfort of its natives and the visitors. Transfers in Linz can be done via a bus, tram or a private transportation. 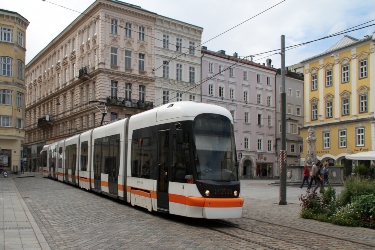 Trams are a good option if you are visiting the city for a short time, one can consider taking a tram to squander around the city and explore the alluring places. Not only trams are cost-effective but they are way more comfortable than any other public transport in the city. Trams also allow you to cover more significant places in Linz in comparatively lesser time as there is no nuisance of traffic jams. Tram lines 1, 2 and 3 are the most important lines that function throughout the city and connect one part of Linz to the other. They usually start from the main station of Hauptbahnhof and a single ticket would cost you somewhere around 1.70 EUR. 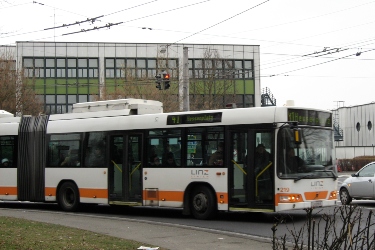 Busses are an amazing option if you are looking forward towards backpacking to Linz as the tickets cost less than an ice-cream cone and allows the traveller to take a sneak peek of the city from the glass window. However, if you are travelling with your family, you might have to face seating problems as the busses are usually very crowded, especially during the peak season. The tickets for busses cost around 1.20 EUR for a single trip, however, it is advisable to take a single day pass which will save you from the hassle of standing in line for the ticket everytime you take a bus.

Taxi cost in Linz varies as per your desired vehicle. Roaming around in a personal vehicle is the best way to explore the city without worrying about the time or standing in a queue to get the tickets. Taxi booking in Linz is very convenient when done online, you can simply make all the bookings with a tap. For cheap taxi booking in Linz, make sure to explore the exclusive offers of Rydeu. 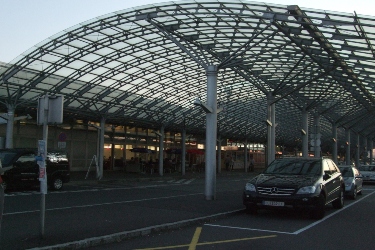 Now that you have landed in this beautiful city, you can find numerous ways to reach your accommodation directly from the airport. Bus number 601 connects the airport to the city centre and allows the traveller with the leverage to travel without going too heavy on their pocket, it usually takes 22 minutes and a single ticket would cost around 3.20 EUR. You can even take the train from the airport to reach the heart of the city, the airport shuttle will drop you off at the train station, you can get the ticket from the station. Although there are numerous ways to reach the middle of the city, the best way to reach at the centre still remains to take a Linz Airport taxi.

Placed on River Danube, Linz features an attractive location to its visitors. As it is known to be the third largest city, it provides a lot of beautiful sightseeing places. The fine churches, historic museums and cultural activities that thrive in Linz. One of the most missed out places in the Austrian itinerary, Linz has a beauty like none other. Some of the must visit places to visit in the city are mentioned below. 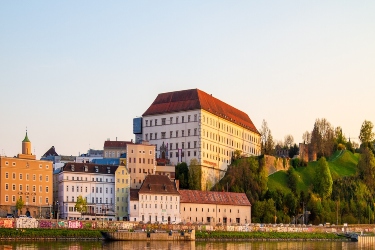 Known to be the oldest church in the country, St. Martin's Church is situated right below the Linz castles. Architectural lovers simply would not get enough of this place, designed in the 8th century on the ruins of Roman walls, it gives a great mystery to solve to its visitors. While inside, you might be able to explore the rich interior filled with frescoes, along with the outline of rustic doorways as well as old windows. You can also observe the inscriptions made on the wall.