Age-old crafts, beautiful art pieces, so many adventurous places, its nature so beautiful, it blends with the modern achievements and surroundings blending with architectural trends; Helsinki, Finland a cosmopolitan city, beautifully sits on the Gulf of Finland. It is known as the World Design Capital of 2012. While modern architecture and slashing design stake the city's claim to the future, guided tours of the city's centre reveal layers of history. Choose Helsinki during its never-ending summer or wander out during the cold, snowy winter nights. The city becomes the most high-tech one considering the highest number of urban living in the world. 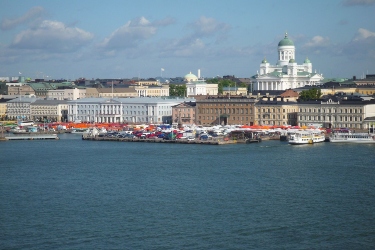 The town was founded as a new economic station in southern Finland and a contender to Tallinn in Estonia, the Hanseatic city on the other coast of the Gulf of Finland, by King Gustavus Vasa of Sweden, to which Finland belonged for many centuries. Unlike many other cities, we have a date known of when this city was founded. The citizens of Rauma, Ulvila, Porvoo, and Tammisaari were instructed to relocate to Helsinki by the king, the date on which he passed the command was 12/06/1550, which is marked as the day of establishing the city. The goal of Helsinki's formation was to expand trade on the Baltic Sea, ideally in all three directions: east, south, and west. The city centre was moved to its current location in the 17th century when the previous location proved to be too shallow for vessels to pass. Up until the 19th century, Helsinki's population never surpassed a few thousand, yet it was nonetheless one of the biggest cities in Finland at the time. 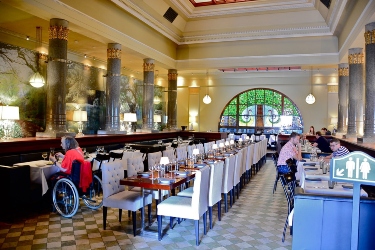 Between the two world wars, Helsinki prospered while serving as the capital of a budding independent republic. In 1808, Russia invaded the whole province that is now Finland, establishing the Grand Duchy of Finland, with Helsinki as its capital. Amid both the Russian Revolution and the First World War, Finland achieved independence in 1917. Helsinki was not only Finland's capital at the time of its independence, but it was also its largest town. When it hosted the 1975 OSCE meeting, Helsinki presented a key platform for the de-escalation of tensions between the superpowers during the Cold War. After the enormous acquisition of 1946, the development of suburbs represented a profound change in the urban environment. Most Helsinki citizens now live outside of the city's heart. Helsinki gained worldwide renown thanks to the 1952 Olympic Games. In between these layers of changes, Helsinki has come up to be the innovative, dynamic, and fantastic city we see today.

Now, many of you might have this question- What is Helsinki famous for? While the museums are proof of the vivid layers of the history of Helsinki, its other monuments also reflect the city’s rich culture and present fun times. A high-tech city that is super dynamic can be entertaining. While Helsinki's tourist attractions are famous, shopping at the fashion district and luxurious malls will have you buying many world-class brands and companies. Galleria Esplanad, Itäkeskus Shopping Mall, Stockmann, and Kluuvi Shopping Mall are the shopping hubs you should not miss to get amazing products and even better deals.

Helsinki hotels like Hotel Arthur, Radisson Blu seaside hotel, Radisson Blu Royal Hotel, and others will take care of your stay in royal and comfortable ways to make sure you get enough and the best leisure time while vacationing visiting Helsinki. Food in Helsinki is equally outstanding as its tourism. Karjalanpiirakka, a pie, Silli e Mäti, a dish of potatoes, fish, and eggs and Näkkileipä, a tasty kind of bread, are dishes best known when talking about Helsinki cuisine. This city will truly surprise you with everything that it has to offer. From historical monuments to adventurous ones, shopping in malls to streets, fine dining restaurants to roadside cafes, you would love every corner of the city.

Helsinki Central Station is the starting and ending point for passenger trains. For instance, passenger trains make it simple to reach Pasila, the location of Hartwall Arena and the Messukeskus Expo and Convention Centre. Taking the passenger train will also get you to Rhododendron Park (Alppiruusupuisto) in the Haaga neighbourhood soon. HSL and VR, the state-owned intercity rail business, work together to run the 14 routes that help compensate for the passenger train network in the Helsinki area. The Helsinki Central Railway Station is accessible by each line. Train tickets are available at the ticket vending machines, online, and at kiosks. HSL- Helsinki Region Transport cards are convenient to get tickets and travel on trains and buses in the city. 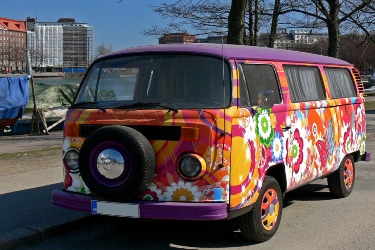 Helsinki region Transport operates the transport system in the town, no need to say it is efficient. Buses for long-distance travel leave from the Kamppi bus station. They run between the major Finnish cities and carry you as far as Kilpisjärvi, one of the nation's most northern cities. Moreover, the price of the ticket is really affordable, specifically if you are a student living on a strict budget. For tourists wanting to visit many places in the city, hop-on-hop-off buses are the best way to commute. Hop-On Hop-Off bus tours are designed to take tourists on a 24-hour tour of 15 remarkable destinations in the busy city of Helsinki, including the Rock Church, the Sibelius Monument, Senate Square, and others. When you buy your Hop-On Hop-Off ticket, you'll be able to benefit from savings and other perks for the journey. 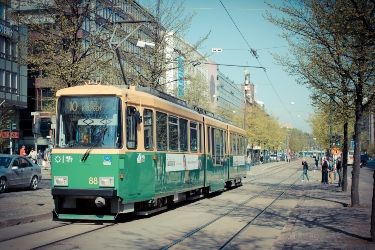 Trams make it easy to travel about the city's heart. Tram 2 is a popular sightseeing route because it passes numerous attractions along the way. At the Eläintarha or Auroran sairaala stop, you can take tram 3 to return to the city's core. Other worthwhile tram routes for sightseeing are 4, which travels by either a number of noteworthy buildings or 6, both ideal if you have an interest in design. Bring a map with you to assist you to find all the rest breaks and tourist sites.

Taxis can be hailed from anywhere in the town to go from point A to B. You can find the local taxis at the taxi stands at Senate Square, Helsinki Central Station, Esplanade Park and other tourist attractions. Taxi roofs with a yellow light on are a sign that the taxi is available for a ride. Private taxi tours, taxi transfers, and airport transfers have all become increasingly popular in the city with an increase in tourists. Taking a taxi to all the well-known attractions is the easiest way to explore the city. One of the private transfer firms is Rydeu, which offers private transportation throughout the city as well as to and from airports.

On line 615 at the airport, a Finnair City Bus is a bus system operated by the Helsinki Regional Transport Authority that was started in 2015. Regular bus service through bus route 615 runs 24 hours a day, typically every half-hour, from the airport to Helsinki Central train station (mostly via the Tuusulanväylä) and to prominent hotels and train stations in the Greater Helsinki region. The Helsinki Regional Transport Authority runs these services as its main provider. On the HSL website, a comprehensive list of nearby services is provided. 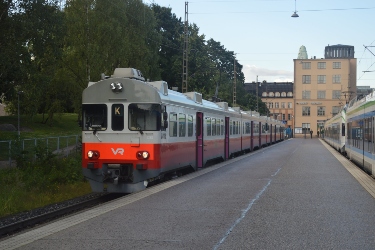 Taxis are available outside the airport at both the terminals of Helsinki airport which take passengers from the airport to anywhere in the city. Taxis pick up departing passengers in front of the terminal's main doors, which also serve as the entrance for flight check-in. On the floor where arriving flights arrive, there is a taxi station that serves arriving customers. Passengers can choose the taxi that best suits them from one of the lanes at the taxi station. Private taxi transfers help passengers arriving at the airport travel conveniently to their destinations like hotels and tourist attractions. These taxis can be pre-booked on a call or through taxi apps online according to your flight schedules. These are suitable for your pocket as well as they offer amazing Helsinki taxi prices as per the distance from the airport. For suitable airport transfers, book a ride at rydeu.com

Helsinki is a city where Art Nouveau and Neoclassicism thrive. The neoclassical downtown area is characterised by broad, elegant cobbled avenues that wind through boulevards with lots of parks. The port, located in the centre of Helsinki, where many of the main tourism destinations are within a short walk, only serves to enhance the views.

Helsinki is a city located in the Gulf of Finland making it a place to enjoy during summer. Summer in Helsinki is from June to September which is also the peak tourist season. Travellers from around the world visit the city during these months for the most suitable weather, events, great food, and parties. As the peak season commences, the prices of hotels, flights, and the number of people might rise. Winter in Helsinki is quite exciting. This is the time you save your money on hotel rooms, and get great deals on anything and everything you buy luxurious and local in Helsinki. You don't have to cut costs on accommodations because hotel rates can be half as expensive as during the peak tourist season. An excellent place to start your search for deals is at some of the swankiest hotels in the area, such as the posh St. George Hotel or the Hotel Lilla Roberts with its Art Deco design. 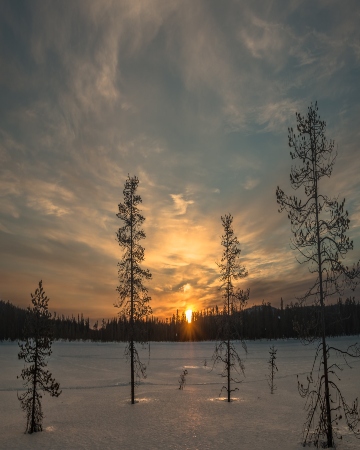