Known to be the second-largest city in Germany, Hamburg is the second most famous city in the country after Berlin and the seventh-largest in European Union. The speciality of the beautiful city is reflected in the form of international law and world economics which includes consular and diplomatic missions as the international Tribunal for the law of the Sea. UNESCO Institute for lifelong learning is included as well. Hamburg is known to be a dream city for history lovers, the Speicherstadt and Kontorhausviertel were declared to be a World Heritage Site by UNESCO. 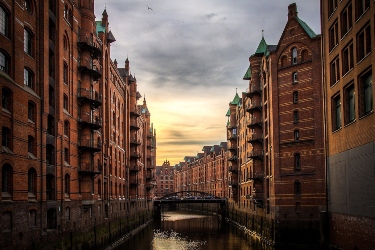 The city boasts rivers and canals that are crossed by approximately 2500 bridges which is why Hamburg is known to be the city with the highest number of bridges in the entire city. Apart from the rich architectural beauty that the city is home to, it also attracts visitors from all around the world due to its notable cultural venues a perfect example of which is Elbphilharmonie. Home to the renowned band, The Beatles, the city gives its visitors numerous chances to witness the rocking concerts of the band. 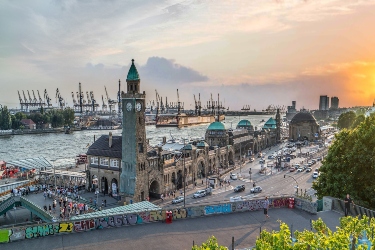 Best known for its famous harbour area, Hamburg has always been a major transportation hub due to entertaining a huge number of tourists every year. After surviving a lot of fires and war the slim curving Deichstrasse gives a peek of the glorious past of Hamburg. A city that has everything to offer will not fail you when it comes to offering the rich gastronomy which will satisfy your taste buds at its best. From the ancient seaman’s fair to the haute cuisine the foodies just can’t get enough of everything that the city has to offer. Dating back to the traditional times, Hamburg has always focused on pot cooking. It isn’t shocking to know that one can get a taste of every cuisine while in the city. Some of the must try dishes are Franzbrötchen, Currywurst and Rote Grütze.