If you are visiting Germany but missing out on two of the most quintessential treasures of the country, which are Hamburg and Wismar, we can not even explain what you’re missing out on. Home to some of the most renowned museums and historical prides, Hamburg will make you dive into the beautiful culture that it boasts. Wismar on the other hand is known for its picturesque view for it is nestled over the serene Baltic Sea.

Hamburg to Wismar taxi hire is the fastest and the most convenient way to reach your desired destination without having to go through a lot of trouble. Hamburg to Wismar intercity car hire price will vary as per the vehicle the passenger decides to choose. Rydeu provides exceptionally professional yet friendly car hire service from Hamburg to Wismar to the fellow travellers who want to explore the best of Germany.

Distance from Hamburg to Wismar- 127.5 km 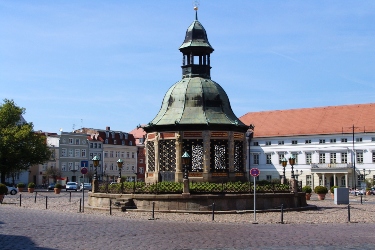 Majorly known for its well preserved medieval buildings and baroque architecture, Wismar is a city in the northern part of Germany squatting over the Baltic Sea. Situated at a distance of 30 km from the laid-back town of Schwerin, Wismar is also seen to be a part of Hamburg Metropolitan Region. Dating back to the 13th century when the city was founded, the city has now seen to be gone through a number of settlements. Contemporarily, along with its ancient town of Stralsund, Wismar has been declared to be a World Heritage Site due to its ultimate beauty. Some of the highlights of the city that one must not miss are- Wismar zoo, which is home to numerous rare species, Wasserkunst Wismar, the serene Grube river and Der Steinpilz.