You can explore the entire world, but Germany will always attract you and offer you with something new and unexplored no matter how many times you have visited it. The magical country is seen to have some of our favourite places and once you start going to the scratches, you will know why they are our favourites. From the rockin and rollin band of the beatles which hosts numerous concerts in the city of Hamburg to the architectural pride of the country, Schwerin, you have a lot to explore.

Distance from Hamburg to Schwerin- 110.9 km 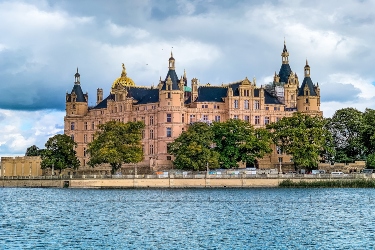 The capital of Mecklenburg, Schwerin, sits peacefully on the southwestern shore of the serene lake of the same name. The city is to Germany what Venice is to Italy, with romance dangling in its air, the city is renowned for its Palace which is situated right in the island in the heart of lake Schwerin. Known to be the state capital of Mecklenburg-Vorpommern in the northern part of the country, the castle is a neo-Renaissance palace with decorated rooms and the lush green garden is a must-Visit by the tourists. Initially, the city serves as the major architectural pride of the country, however, contemporarily, it is the most prominent rail and commercial centre for an agricultural and dairying region. While in Schwerin, do not forget to explore the numerous museums that the city beholds.