You are not doing it right if  you are only exploring places that are on the map. Altes, a present by the eternal power of Mother Nature to us is the largest fruit bearing land not only in the country but in the northern part of Europe. There’s a flashier part of the country which only highlights the glorious architecture of the renowned cities like Hamburg, Berlin, Dusseldorf but there’s a hidden part of the country, the part which behold the true treasure, and yes, Altes land is indubitably a part of it.

Distance from Hamburg to Altes- 33 km 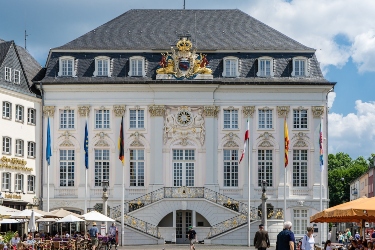 Often criminally overlooked in favor of its flashier German siblings of Berlin, Hamburg, and Düsseldorf, Altes is finally emerging from the shadows as a worthy tourist destination. If you feel that time travel isn’t possible, we might bet against that as Altes has the power to leave you amidst nothing but the lush-greenery of the place where newt work might be hard to reach, but the views are so enigmatic that one simply can not stop adoring that. Known for the Apple production, Altes is the largest fruit farming place in the entire northern part of Europe. Not only the fresh fruits but this part of the country will also bless you with jaw-dropping architecture, lively traditions that are still practised and the accustomed tours.