Magically appearing from the mountain brooks in the Swiss Alps, Rhine is the most significant reason which draws travelers from all around the world to the country. Linked to the River is the vibrant city of Frankfurt with cobblestone streets and narrow alleyways to bless the explorers with everything that they want to witness.

Travelling is a remedy and we need to take it that way. Although public transportations are often glib on your wallet and help you in attaining your itinerary budget goals, however, they will suck the fun out of your trip by making you lose a lot of energy in standing and travelling. Frankfurt to Rhine Car Hire will not only be budget-friendly but will also give you a chance to notice the beauty of nature from your vehicle’s window. Find Frankfurt to Rhine taxi online to avail the best offers. Rydeu provides the best Frankfurt to Rhine car hire services without taking too much of your time.

Distance from Frankfurt to Rhine- 124 km 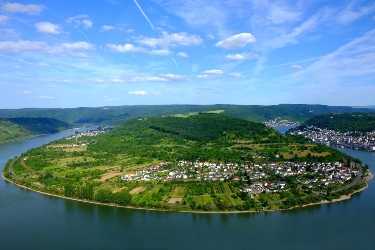 Speaking historically and culturally, River Rhine is seen to be one of the most significant Rivers in western part of the continent. From Cologne Cathedral and Cologne Chocolate Museum to Hohenzollern Bridge and Dusseldorf Old Town, this place does not have a dearth of amazing places to keep the tourists and travellers entertained. One of the major European rivers, with its sources in Switzerland, the alluring Rhine is situated at a distance of merely 124 kms away from Frankfurt. Beginning at a small stream, the River gains speed and volume as it moves along making its way to the serene Lake Constance which is known for its pure water serving a large crowd in the southern part of Germany. One intimidating fact about Rhine is that as its makes its way from one country to the other, it gains different names along with it, for instance it is known by the name Rhein in Germany; Rhine in France and Rijn in Netherlands.