Coddled by river Main, Frankfurt is the central city of Germany. Apart from being the fifth-largest German city and the largest city in the Rhine Franconian sociolect area, this gorgeous city is also a major financial hub of the country. Frankfurt shares the significance of its name with France and Franconia - the city had its name coined after the Franks. A city with one of the largest varieties of museums in Europe, Frankfurt is a beautiful blend of traditional German culture and the modern ways of life. With a cluster of 12 outlandish museums called Museumsufer and a plethora of incredible sightseeing places like the Frankfurt Cathedral, and Römerberg, Frankfurt has proven itself to be an exotic holiday destination!

One of the oldest cities in Europe, Frankfurt registered itself in the pages of history in the first century. The Romans were the first settlers in Frankfurt, who found their home in the area of Römer. The city, which is now swarmed by a myriad of touristy souls, was one of the most important cities that belonged to the Holy, Roman Empire. Following the suit of most of the significant cities that leave their marks in history, Frankfurt has faced a lot of ups and downs in the past. Losing its independence to Prussia, getting occupied by the French troops, and getting severely bombed during World War II are some of the knocks that the city had to face. Nevertheless, Frankfurt, justifying its culture and spirit, healed itself to emerge as one of the most beautiful cities in the world.  The city is culturally, ethnically and religiously so rich that the tourists and travellers never find a dearth of amazing places for themselves to explore! 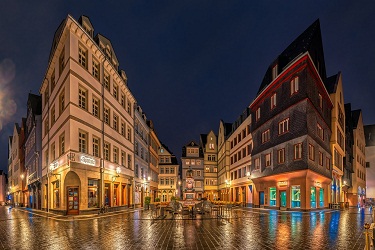 Frankfurt, as a city, is warm to the ones that yearn to cherish it. The city prioritizes the convenience and comfort of its tourists and travellers. The city is laced with restaurants and cafes that serve delectable cuisines to give your tastebuds a taste of the German flavour! Frankfurt is a city of fine art and architecture, and hence a heavenly abode for the connoisseurs for the finer things in life!

From Römerberg - the seat of the city administration and a center for the enticing Frankfurt Christmas markets, imperial coronations, and trade fairs; Städel Museum - a place showcasing 700 years of ancient and modern art along with innumerable photographs, paintings and drawings, Museumsufer - an awe-inspiring site that Museumsufer on the banks of river Main is, the incredible arts and artifacts that it showcases are meant to give you goosebumps! - to The Palm Garden - a gorgeous botanical garden, Frankfurt Zoo - the second oldest zoo in Germany and The Old Opera House - a place with over 50 exotic events per year! -  the city has ensured to keep the touristy souls and travel bugs entertained!

All in all, the German city of Frankfurt is one of its kind! Rest assured, with the best time to explore the city being the late spring and the early autumn, the city should definitely be on your itinerary as and when you decide to explore Germany!

Book your taxi in Frankfurt

Frankfurt is a city that prioritizes hospitality over anything else! The tourists and travellers will be in awe of the culture of this incredible city! Frankfurt is a tourist-friendly city. It will neither burn your pockets, nor leave you with a dry experience. It offers a myriad of transport facilities to its tourists. One can choose a luxurious or a budget-friendly transport facility.

The transport facilities available for travelling in Frankfurt are 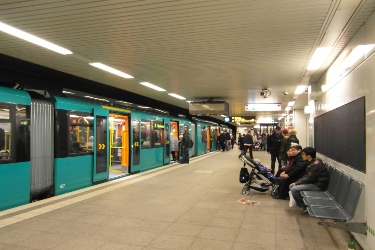 Frankfurt has a total of nine subway lines that cater to the travel needs of the tourists and travellers by encompassing 86 stations! The Frankfurt metro service is known by its German name, U-Bahn, and operates from 4 a.m. to 2 a.m. The ticket costs vary from the number of zones one travels to. The ticket prices are generally 2.75 euros per adult and 1.85 euros per kid in one direction, to most of the sightseeing places.

The tickets for bus rides in Frankfurt cost around 2.50 euros - 2.75 euros for travelling in one direction! 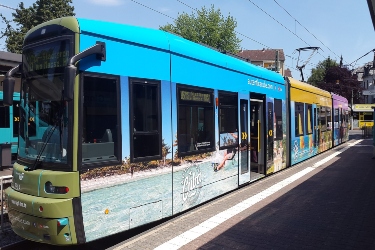 Frankfurt has eight dedicated tram lines called "Strassenbahn". The tram services take a halt between 2 a.m. and 3 a.m. The trams are spacious, comfortable, and have been designed so as to give the best possible experience to the tourists and travellers. The tram rides in Frankfurt cost around 1.80 euros - 2.80 euros.

For those touristy souls, who are up for some adventure while exploration, the Deutsche Bahn will prove to be a boon! The tourists and travellers can hire a bicycle for sightseeing in and exploring the incredible city of Frankfurt! The Deutsche Bahn runs Call-a-Bike service. The cost for hiring a bike is 0.08 euros per minute, 15 euros for 24 hours and 60 euros for a week. Apart from the cost for hiring the bikes for the required duration, the tourists have to pay a one-time registration fee, which is around 12 euros.

The most convenient way of travelling across Frankfurt is by a taxi!

Frankfurt taxi is comfortable, convenient and could be customized as per the wishes of the travellers! While the public transport system can weary you out, the private taxis will never let you shed a shred of worry! Frankfurt taxi fare is determined by the number of zones you hit and the distance you travel. Although taxi fare in Frankfurt is a bit more than what the public transportation will cost you, the taxi rides are definitely more worthy of your time and money!

Rydeu offers its tourists to book a taxi in Frankfurt! Rydeu's private taxi rates in Frankfurt are budget-friendly, and will never be heavy on your pockets! 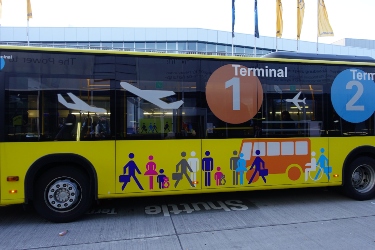 Rest assured, hiring a taxi in Frankfurt for airport transfers will be your best bet! A taxi from Frankfurt airport will cost you around 30 euros or more.

With all said and done, the private transport facilities for airport transfers in Frankfurt will stuff your hearts and minds with outlandish vacation-vibes!, and will never make you regret spending a single dime on availing them!

Frankfurt is a mesmerizing city! The city spellbinds the ones who truly aspire to devour its beauty! Frankfurt is laced with enchanting places, and no one in their right mind would dare to miss out on any of them!

Some of the most amazing places in Frankfurt for the tourists and travellers to witness the beauty of are : 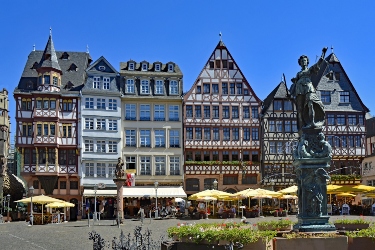 Frankfurt's very own - albeit irregular- town's square with the Justin Fountain, Römerberg is Frankfurt's most picturesque spot at the heart of the city. The spot is swarmed by the tourists and travellers for its open-fronted shops, Wertheim House, Historisches Museum, and the famous Christmas market! The touristy souls also behold the sight of a cluster of eleven buildings.

To get to this majestic place, all you need to do is book a ride with Rydeu! Choose from multiple budget-friendly and luxurious rides to be ferried to your location within no time! 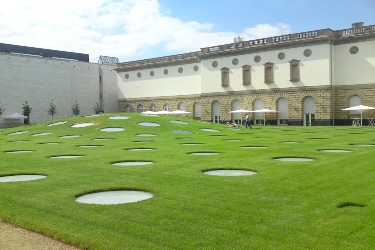 With paintings from the 14th century, Städel Museum showcases arts and artifacts with substantial historical significance. Along with guided tours and audio-guides, the museum also has a research library, workshop and talks, a cafe and a bookshop to ensure an adventurous excursion for the tourists!

To reach the Städel Museum, all you need to do is book a comfortable budget-friendly ride with Rydeu! Choose from us or our suppliers and let us handle your comfort!