Nestled in the heart of the country, Florence is known to be the capital of the Tuscany region, and m is one of the most populated and wealthiest cities in the area. Declared to be a world heritage site in 1982 by UNESCO, the city attracts a lot of tourists every year due to its renaissance art and architecture. If you want to witness Italy at its best, make sure to visit this city for a timeless experience. 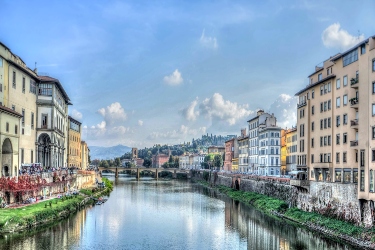 The city was seen to be the centre for medieval European trade and finance. Dating back to 1861 which marked the arrival of ‘Kingdom of Italy’ the city has expanded its wing of history throughout the world and is known for the rich history that it possesses. Due to the huge number of famous artists renowned for their art throughout the world, Florence is home to numerous museums and art galleries such as Uffizi Gallery, Palazzo Pitti. The city has impeccable art forms and numerous appreciable work in the architectural field, Florence has been declared to be one of the most alluring cities in the world by Forbes. 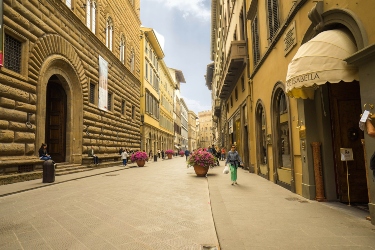 If you’re a food lover, you just can’t get enough of the city as it will never disappoint you. Holding its head Hugh when it comes to the local dishes, the Italians culinary is irresistible and irreplaceable. Known to be surrounded with hills, wine lovers can satisfy their taste buds with the best and the oldest wine, this gourmet paradise will secure a place like none other. Some of the most famous dishes to have in the city are ribollita and panino.