The vibrant connotation of Dusseldorf with its colourful streets and alluring scenery is considered to be a paradise for all the shopaholics out there. Known to be the fashion capital of the country, Düsseldorf is one of the most visited places and is linked to equally magnificent places, a perfect example of which is Cologne. An hour’s ride would leave you amidst the serene town of Cologne with numerous museums and views of River Rhine.

Distance from Düsseldorf to Cologne-  43.9 km 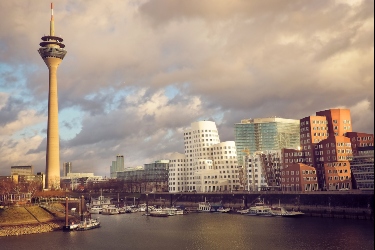 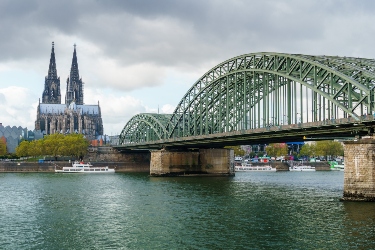 The fourth most populous city of Germany is situated at a distance of 191.4 km and can be reached easily with the help of a private transportation to eradicate any sort of hassle. The 2000 year ancient city spans across River Rhine and extracts it’s beauty from it and is known to be the cultural hub of the country. The jaw-dropping gothic architecture of which an exemplary example is the twin-spired Cathedral of Cologne is renowned for its gilded medieval reliquary and the tranquil river views. The rustic museum of Ludwig plays 20th century art which even includes masterpieces by some of the most prestigious names in the painting industry like Picasso. The city is fairly affordable if you’re careful enough about your expenditures. Some of the most famous local dishes to eat in the city are Halve Hahn, Himmel un Ääd, Hämmche and Ähzezupp.