A city nestled in western Germany, Düsseldorf is known for its art, architecture, and fashion industry. It is the second-largest city of the state of North Rhine-Westphalia, and the seventh-largest in Germany. The city is mesmerizing to the extent that it leaves its mark on the hearts of the travellers! The city is coddled at the confluence of rivers Rhine and Düssel, lying at the centrepoint of Rhine-Ruhr and Rhineland Metropolitan regions. Although the city recorded its existence in history in the 7th century, - when traces of small farming and fishing settlements could be around the confluence of river Rhine, and its tributary Düssel - the written reference to the German city of Düsseldorf dates back to 1135. 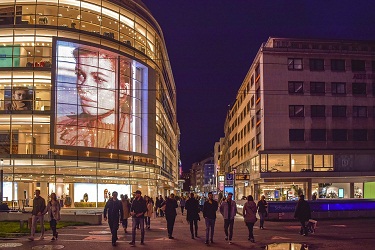 One of the most significant days in the history of Düsseldorf came under the rule of the Counts of Berg, who took the city under their banner in 1186. It wasn't until 14th August, 1288 - the most important date in the city's history - that Düsseldorf was granted its very own "town privileges". Adolf VIII of Berg, who was ruling Düssedorf back then, granted the village these privileges, which later turned out to be the foundation stones of the city's prosperity! Although a wonderful mark in the history, this incident succeeded the bloodshed in the city caused by the Battle of Worringen, fought between the Archbishop of Cologne and the Count of Berg for the reins of Düsseldorf. The victory of the Count of Berg led to the town being granted the status of a city, which has been commemorated by the statue of Burgplatz.

The city of Düsseldorf prospered in the 12th and a few centuries that followed. A market square - which turned out to be a great place for trade - was built on the banks of river Rhine. In 1380, the dukes of berg moved their seat of governance to the city of Dusseldorf, and made the city a capital to the Duchy of Berg! From this day forth, Düsseldorf's golden days started! An innumerable number of famous landmarks were built in the centuries that followed! 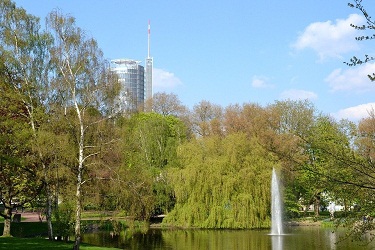 The city flourished, and flourished, and flourished!; until finally the days came when it had to prove its mettle! Düsseldorf was wrapped in dark clouds when it was bombed during World War I! The city, still reeling from the devastation, was subjected to a general strike during the Weimar Republic in 1920. Düsseldorf was bombed again in World War II, and as a result, suffered severe damages!

Every cloud has a silver lining, and this historical german is a living testament to this statement! After Düsseldorf was made the capital of the state of North Rhine-Westphalia, the city prospered at a rapid rate, only to never look back!

Düsseldorf is God's very own creation! This beautiful city is warm towards the ones who wish to cherish its intricate uniqueness! As and when you land in the city, you will find yourselves captivated by the Düsseldorf's spellbinding smell! The city has a number of exquisite sightseeing places to keep you entertained, and a myriad of cozy restaurants, pubs, and cafes to give you foodie souls the taste of some delectable unique cuisines!

The german city of Düsseldorf has a surfeit of strikingly amazing sightseeing places, some of which are Königsallee, Rhine Embankment Promenade, Schloss Benrath and Old Town Düsseldorf.

Rest assured, the city will be one of the most travel-worthy places in your bucket! To add more colors to your visit, try exploring the city in the months from September to December, as well as between the months of May and June!

Düsseldorf has a plethora of transportation facilities at the service of the touristy souls! The city will never let you worry even for a bit! With a range of public and private transport options, this german city will never leave you stranded!

Although the city transport facilities are all comfortable and convenient, courtesy to its high demand, public transportation might end up exhausting you and your loved ones! The private transportation facilities, however, are more comfortable, luxurious and would never tire you! Rest assured, those few extra dimes spent on the private vehicles would be worth it!

The public and private transportation facilities available in Düsseldorf are - 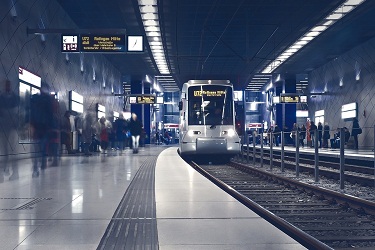 Düsseldorf has a dedicated bus service for the tourists and travellers! The bus network is operated by Rheinbahn, and is spread across the city.

The cost of the VRR tickets for traveling via bus in Düsseldorf are 2.70 euros, whereas the cost of the Kurzstrecke tickets - which are available for shorter journeys - are 1.60 euros.

One of the best ways of travelling in Düsseldorf is by a metro. The metros are very comfortable and spacious. The metro-lines, which are operated by Rheinbahn are vast and are spread throughout the city!

The cost of the tickets for travelling in the city via a metro is around 2 euros. 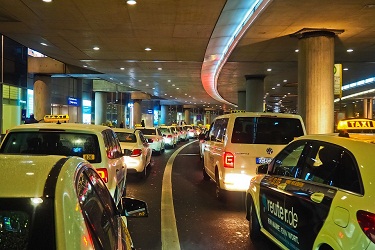 There is a suburban railway system that connects the areas in and around Dusseldorf! The train rides are operated by Rheinbahn, take less time, and are very convenient! The

trains have been designed keeping in mind the comfort of the travellers!

One of the most adventurous ways of exploring the unique city of Dusseldorf is by a self-driven car! Be your own master and treat yourself to the exploration of the intricacies of this majestic german city! There are a number of car-rental agencies spread across the city from where the tourists can hire a car for themselves!

The cost for hiring a car for a day in Düsseldorf is around 16 euros - 30 euros.

After all said and done, the best way of exploring Düsseldorf remains travelling in a taxi! Any dusseldorf taxi is comfortable, luxurious, and customizable!

Booking a taxi in dusseldorf is very convenient! One can either book a taxi online or directly at the taxi stands! Taxi fare in dusseldorf varies according to the destinations and the routes!

Rydeu offers taxi booking services in Düsseldorf to all of its tourists and travellers! From a plethora of exciting offers to choose from to customizable rides with no hidden charges, Rydeu is all set to be your best travel buddy!

Being warm and welcoming, Düsseldorf never lets its tourists and travellers face an iota of inconvenience! The city is so magnificent and is always at the service of those who truly wish to fall in love with its beauty!

Keeping its very characteristic in mind, Düsseldorf has employed such remarkable airport transfer facilities for its tourists and travellers that they never feel exhausted and anxious. 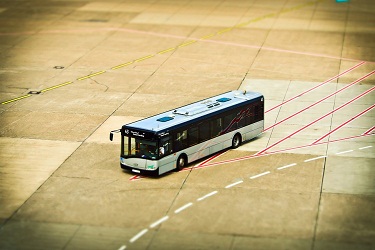 The best way of airport transfers in the city remains by a taxi! Any Dusseldorf airport taxi is strikingly well maintained and comfortable!

Rydeu offers its tourists and travellers to book dusseldorf airport taxi online for airport transfers in and around the city! With its 24*7 customer support, and a plethora of various offers that come with their perks, Rydeu offers one-of-a-kind service to the travellers!

The spellbinding German city of Düsseldorf has a plethora of exciting places that it uses to instill its magic in the touristy souls!

Some of those incredibly wonderful places are - 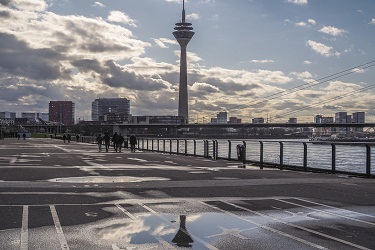 A promenade on the right bank of river Rhine, Rheinuferpromenade is the best place to behold the sight of this beautiful city! As the sun rises, the whole city looks as if it's wrapped in a cloth made of pure gold! The promenade receives sunlight all the long! The tourists can either read books in the sun by the stairway or cruise on the Rhine!

You can take yourself and your loved ones to this lovely place by booking a ride with Rydeu! With your safety, budget and needs as its priority, Rydeu will never disappoint you! 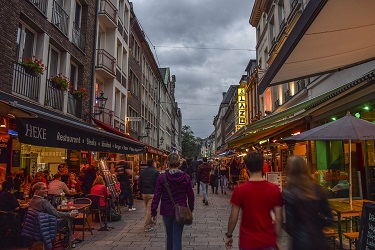 A perfect place for the night owls, Altstadt is going to be your heaven if you are someone who loves night outs! With around 300 brewpubs, bars and nightclubs, Altstadt is known as "The longest bar in the world".

Book a ride with Rydeu to get to this wonderful place! Choose from various offers, and get your customized ride at your service.