An International airport of the fourth largest city of Germany, the place has around 12 Million people travelling through it each year. It also acts as the airport of Bonn, the former capital city of West Germany. The airport is located 12 kilometers from the cologne city center and 16 kilometers from the Bonn region. The region is surrounded by the airports of Dusseldorf and Frankfurt which are nearby with Dusseldorf being the primary airport of the Rhine-Ruhr region. The airport is one among the 24 hour airports and is a hub for Eurowings, Fedex express and UPS airlines. Space agencies DLR and EAC train their astronauts for space explorations here.

The airport started functioning in 1913 for military purposes and was later expanded by the British after World War II as they took over. It opened for transport of civilians in 1951. Since then, the passengers here have been increasing by leaps and bounds. Airlines from different companies across the world have established connections to this airport increasing the number of visitors and travel routes. It has two terminals which are beside each other. 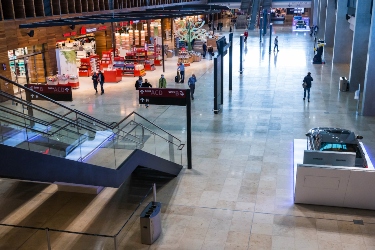 Terminal 1: This is the old terminal which was built in the year 1970. It has two piers B and C each having 5 aircraft stands each and a central airside hall. Shops, restaurants, check-in, etc. are additionally present here. Occupied mostly by Eurowings, Lufthansa and Austrian airlines, all the stands at this terminal use jet bridges with three using walk boarding also. Bus boarding stands are available too and it has a dedicated connection to the railway station.

Terminal 2: Started in the year 2000, this is a modern terminal built with glass and steel. It has eight stands with jet bridges and bus boarding facility. It is mostly used by Iranair and Ryanair. It is connected to the railway station through a separate way. The authorities are planning to construct an airside connection between the two which is in talks for permission still.