Cologne also known as Colonia Agrippina is the largest city by population in the North-Rhine - Westphalia region. The region has nine districts and 85 quarters, known as Veedels locally. It is prominently known for the numerous tourist attractions such as museums and galleries and the famous universities of the place. The Cologne Bonn Airport is the largest of the region which lies south-east of the city. Previously a capital city of the Roman province, Germania Inferior, it was established in the 1st century AD in the Ubii region. The place gets its name from its French version which has become common in the English language too since then. 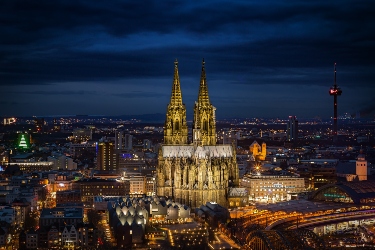 The city was once located between the major trade routes between eastern and western Europe and flourished greatly from this. It was once the headquarters of Roman military of Germania Inferior until its occupancy by the Franks in 462 AD. It was also a prominent and largest place to the north of the Alps until the region. Continuously occupied by the British and French, Cologne was one of the cities in Germany which were heavily affected by World War II. A number of bombings have occurred here by the Royal Air Force, an approximate 35,268 tonnes of bombs. As much as 95 per cent of the population has been erased after the devasting effect primarily due to evacuations and destruction. It was later restored and ensured a mixed city. 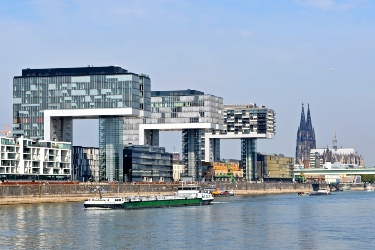 Home to nearly a thousand museums, the region speaks greatly of the cultural aspects of Cologne and its history. The city also houses several Catholic churches, displaying their beautiful architecture along with the conflict from ages among the communities of the place. City halls, medieval city gates, bridges, high rise structures, etc. are the added attractions here. It also hosts one of Europe’s largest carnival which begins on 11 November at 11 minutes past 11 A.M. It continues until Ash Wednesday with the fun beginning from the Thursday before Ash Wednesday, also known as the Women’s carnival. The Ludwig museum here houses a huge collection of modern art, including a Picasso collection matched only by those in Barcelona and Paris.

The hospitality of the state is great with welcoming people around the region. Irrespective of the season, the place is beautiful to choose for travel around the year. The summer months from July to August are pleasant and welcoming. The issue of humidity persists during this time which might be irritating for a few. Autumn months from September to November and Spring months from April to June are the perfect choices to go on a trip to the region. Spring season is the perfect one to avail both cheaper prices and best experiences. During the November season, the beautiful carnival of this place.

Book your Taxi in Cologne online

Cologne has a sophisticated public transport system with interconnected bus and trams around the city. This promises a hassle-free journey between two places in the area. The intricate public transport system has nearly 300 plus buses and trams connecting one place to another here. A number of bridges are present in and around Cologne, ensuring a smooth transfer among two locations. The buses and trams offer a ticket machine through which the tickets can be taken and the amount can be paid also. KVB transport desks in the region help in booking. A live departure board is displayed constantly showing the vehicles arriving and leaving the place. 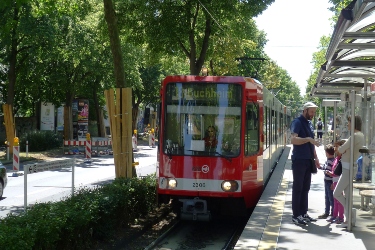 Being a city that has many attractions along roads, this mode of transport is often conjested. The feasibility and availability is pretty high and frequent, yet, during the main season months, finding a single direct route is a little difficult. If travelling for an entire day and planning more than three trips, a day ticket can be taken which costs around 8.60 EUR. These day tickets can be purchased online to avail a 5% discount. They need to be stamped and devalued before beginning the journey. In the absence of this process, the ticket is deemed invalid. The other popular mode of transfer is private taxis in cologne. Taxis and private cars are available at affordable prices throughout the city. 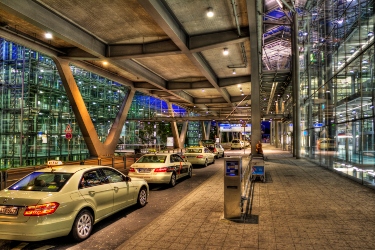 Taxi booking in Cologne is a feasible process with drives a call away and the numerous frequent options available in the city. The region here is a smooth ride along the roads mostly. This provides for choosing taxi rides easily here. The fare is usually calculated based on the distance travelled which is comparatively lesser than other modes. Among them only the day ticket of the local buses is slightly greater when compared to the price of taxi services here. Private car transfers are easily available here. They move between the maximum number of regions without any restrictions and causing much waiting period.

Cologne cabs are an efficient way to move between the city. This lessens the waiting period for the public mode of transport and the number of places that can be explored increase. Private cars for hire are often based on day basis and are useful to both reduce the waiting period of public transport and offer a personalized trip where many unknown, local restaurants can be visited which go unnoticed in the bus and tram journeys.

The architectural city has the Cologne airport as the middleport. To reach this city full of culture from the airport, a number of methods can be chosen. One route which is commonly chosen is the rail mode. This connects the airport station directly to the central station, located in the midst of the city. It is a 15 minute journey which costs 3 EUR. Those with a KolnCard are given a free trip. This card can be purchased as a day trip allowance when more trips are done during the day. These trains come under the S-Bahn category. Tickets can be purchased directly from the vending machines at the station or the KolnCard can be ordered online prior to arriving at the airport. 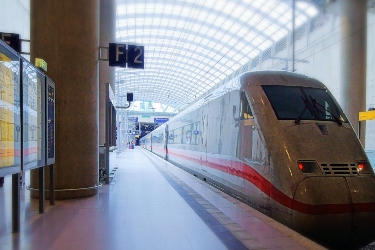 Trains from the station run 3 times in one hour and this frequency usually does not get altered. The regional express can also be used from the airport and this is a faster route. The distance is covered in under 12 minutes. Apart from these, a single bus runs to the city from the airport. It travels for once every 30 to 60 minutes. This frequency causes a delay in reaching the city in time. Private taxis, cabs and car hires are other popular modes of transfer to reach destinations. Numerous unofficial vehicles wait outside the airport which can be selected to reach the required place. Taxi services run on a distance basis usually. They take directly to the place of stay or visit instead of changing multiple modes continuously.

Private car hires start from the location chosen. Most of them start directly from the airport. Driving enthusiasts can enjoy the beautiful journey through the city with its culture and history visible throughout. They are charged based on the number of days hired. Rydeu provides you a variety of options to choose from and plan the best from your trip. A wide range of taxis and private cars are offered which are on the basis of your facility and fits your budget smoothly. These options will help you enjoy your tour to the maximum extent without the pain of struggling with your baggage from the airport.

A city with history as profound as its name itself has a number of culturally special places that can be visited around the year. The importance of this region has always been the same with the culture flourishing. The tourism rises especially during the carnival time, occurring in the month of November. With its ethereal and exquisite cathedrals, the region opens up a space for explorers, intriguing their mind with the architecture around. 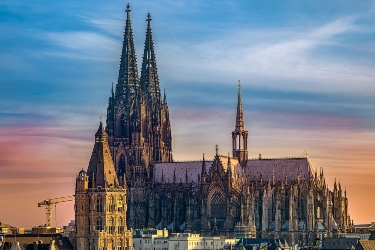 Cathedral, Cologne
Image by  B. Hochsprung from Pixabay

Near the banks of the river Rhine, Kolner Dom or the Cologne cathedral is situated. This place is  a UNESCO world heritage site and is popular for its Gothic architecture. Also known as the cathedral of St. Peter and St. Mary, the area has beautiful and stunning panoramic views from the south tower reaching the bells of the cathedral. On Sundays, ear protection is provided to the visitors. Guides, especially those speaking English are in high numbers here. 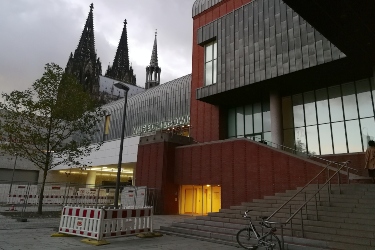 The Wallraf-Richartz and Ludwig Museum:

The much newer structures consist of beautiful artworks, especially those from the European artists. Popular artists here are Rembrandt, Manet, Renoir, Leibl, Liebermann, and Slevogt. The Ludwig museum focuses more on modern and contemporary painting styles. Kolumba is another famous location known for its art and antiquities. This is located in Archidiocese in Cologne.