You are not a traveller if you have only explored places that everyone else has. A live example of heaven on earth, Italy boasts some of the most breath-taking places that one can ever find on the map, Bologna and Venice most certainly makes it into the list. The romance capital of the country, Venice has now started being on the top-most priority of the travellers, Bologna is historically so rich that it almost dazzles everyone that witnesses its ethereal beauty.

Bologna to Venice by car will leave you and your loved ones to spend some quality time together far away from the connotation of a public transport. Taxi fare from Bologna to Venice varies as per the desired rides of the passengers, from lavish business rides to comfy pocket-friendly ones, we provide it all. So fellas, what are you waiting for? Book an intercity taxi to Venice and take a trip worth remembering till eternity. 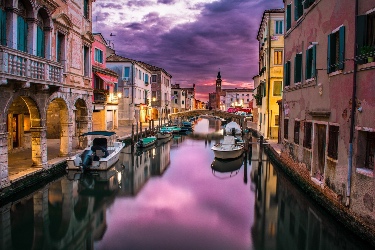 Squatting on more than 100 mini islands, oozing out from the mouth of the serene Adriatic sea,  Venice is known to be the capital of Veneto region, located in the northern part of Italy. With romance dangling in the air, this place has managed to be a dream for newly wedded couples due to its iconic atmosphere. Venice is all about canals and boat rides, soaking the serenity of the atmosphere, Grand Canal thoroughfare features multiple Renaissance and quaint gothic palaces.  Some places lure you with its beauty and picturesque scenery along with drenching every bit of your creative soul into the art and history of that place, Venice is indubitably one of them. The awe-inspiring architecture, on the other hand, has swayed the aspiring architects with the refined ancient knowledge that the architects used to possess back then.