If you are visiting Italy but missing out on two of the most amazing places that it boasts, you need to revise your itinerary. Known to be the historical capital of the country, Bologna will dazzle you with its gothic ruins and medieval architecture at its best while Turin will help you in taking a time travel along with featuring the best regional food of the country. Private taxi hire from Bologna to Turin is the best option for all those who enjoy spending some quality time alone with their loved ones. For all the ones who want to explore the historical site amalgamated with the medieval period, there’s nothing better than a day trip from Bologna to Turin.

Not everyone has the same budget planning and we completely get it. Taxi fares from Bologna to Turin fluctuates along with the time; and your desired vehicle. From a luxurious ride to slip into the arms of lavishness to a cosy budget-friendly ride, you can have it all with Rydeu. 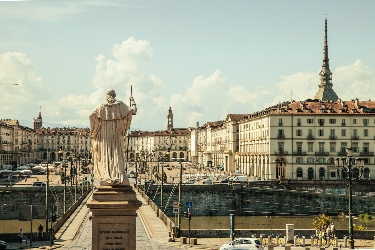 There’s an odour that lingers in the air more than any other city in Italy, strong enough to mesmerise every visitor that inhaled it. Situated in the northern part of Italy, Turin is known to be the capital city of Piedmont. The city is known to be a paradigm for rich architecture and a cuisine that will make you drool all over the place till you satisfy your taste buds with the tasty regional dishes. The rustic city of Turin is seen to act like a time machine, so if you are in the mood to explore ancient Italy with baroque architecture and classical builds with overlooking balconies, book a ticket to Turin right away.