Time travel might not be possible but timeless experience is. From boasting some of the best sightseeing places in the entire Europe to kicking the adrenaline junkies by offering them numerous adventurous activities, Italy has created a history and we can not question why. Bologna to Trieste taxi is the best way to explore both the cities without getting tired by travelling in a public transportation.

If you are planning to take a flight from Bologna airport right after exploring the beautiful city of Trieste, you can also consider private transfers from Trieste to Bologna airport to take that flight without wasting any time. Rydeu provides numerous options for intercity car rides from Bologna to explore Trieste. Make sure to check the offers online and book them right away for great deals. So fellas, what are you waiting for? Book your tickets and leave for a fun vacay right away. 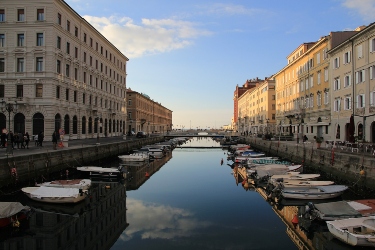 Nestled in the heart of the country, Trieste is a port city which squanders in northeastern Italy. The city is considered to be one of the oldest parts of Habsburg Monarchy and is a hub for all the literature fanatics or the artsy people who thrive on art. Whosoever said that a city can’t have it all, we challenge you to visit Trieste and repeat the same after you’ve explored every bit of the city at its best. Caffè Stella Polare is crafted in such a manner that it might just take your breath away. From adventure lovers to serene seekers, artists, noble explorers and a backpacker looking to dive into the sea of culture, Trieste will do its best to entertain you in a way like no other city would.