Supremely overlooked by foreign visitors, Italy hosts some extraordinary archaeological treasures which simply can not be ignored by the visitors. Many of us skip underrated places like Bologna and Padua but let’s tell you, the pictures that you scroll through your screens on Instagram, the places are majorly far away from the hustle bustle of the popular cities like Rome and Milan. Day trip to Padua will rejuvenate your soul and drive you away from the regularity of life.

Taxi cost from Bologna to Padua differs as per the ride that you decide to have, from luxurious rides with your loved ones to a comfy pocket-friendly ride while travelling solo, Rydeu provides it all. Make sure to plan everything in advance to avoid the many problems that can be caused in future. Booking your tickets online would not only help you completely eradicate the process but will also help you grab some amazing offers. 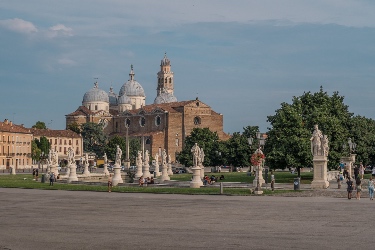 Known to be the home for the country’s second oldest and most prestigious universities, Padua is an alluring city situated at a close proximity from the romantic city of Venice. If you are in a wish to explore heaven, we will directly point out to Padua. Situated in the north-eastern part of the country, the city is known to be the capital of Padua in the Verone region and is wrapped between the arms of Venice on one side and Verona on the other. If you are a shopaholic, make sure to take numerous empty bags as the city offers some of the best markets that the country boats. Piazza delle Erbe and Piazza della Frutta is home to shops that range from high end brands to small pocket-friendly stalls to stroll through.