A city so rich in history that it remains in the first place for all the art lovers, Bologna is interlinked to some of the most peaceful and laid back cities of the country and Genoa is indubitably one of them. We would be doing injustice to both of these places if we say we can sum up the beauty in just two paragraphs, they’re much more to witness than to read about. Bologna to Genoa Car hire is the best option if you are looking for a comfortable mode to travel from one city to the other. If you are looking for a cheap car rental from Bologna to Genoa, make sure to check Rydeu’s offer online that is meant exclusively for every sort of spender out there. Whether you want a lavish business ride to a cheap pocket-friendly one, you can always check the details on our website to grab the best offer for yourself. 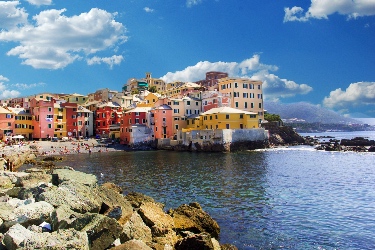 Known to be the capital of Liguria region, Genoa is the sixth largest city in the country, due to its  rich history, glorious past and exemplary landmark, the city is referred to as la Superba which means ‘the proud one’. The historical centre also referred to as the old part of Genoa is declared to be a World Heritage Site by UNESCO A perfect amalgamation of culture, dipped in history and adventure perfectly describes the city Genoa. Music lovers will find this place as an absolute paradise, if you are in the mood for some reminiscing time with your friends, the old part of the city has several narrow streets that feature numerous mouth/drooling restaurants to dine in.