Travelling is a medicine that comes with no side effects and whatsoever. After the regular 9 to 5 routine and the corporate redundancy that we have been going through, it is a must to get away from all the hustle bustle once in a while and spend some quality time with Mother Nature. Talking about Nature can not make us think of better places than two of the most significant cities of Italy, Bologna and Florence. Italy is the only country which provides an array of options for every sort of visitor out there, Bologna, in general, is one of the places that have the power to sway every part of the crowd from an adventure lover to a food enthusiast. The Bologna to Florence taxi is the best way to travel from one place to the other without getting soaked up by standing in the long queue.

Rydeu provides the best taxi service from Bologna to Florence. Car rental to Florence is now just a click away.

Distance From Bologna To Florence-  108.7 km 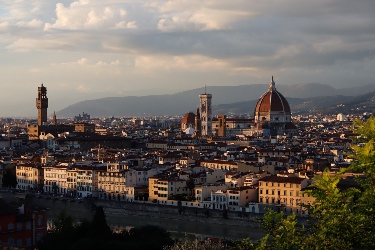 Nestled in the heart of the country, Florence is known to be the capital of the Tuscany region, and m is one of the most populated and wealthiest cities in the area. Declared to be a world heritage site in 1982 by UNESCO, the city attracts a lot of tourists every year due to its renaissance art and architecture. The city was seen to be the centre for medieval European trade and finance. Dating back to 1861 which marked the arrival of ‘Kingdom of Italy’ the city has expanded its wing of history throughout the world and is known for the rich history that it possesses. Due to the huge number of famous artists renowned for their art throughout the world, Florence is home to numerous museums and art galleries such as Uffizi Gallery, Palazzo Pitti.