Serving southern Denmark, is the artistic airport of Billund. With Godtfred Kirk Christiansen cutting its ribbons, the airport started with a 800-metre long runway. While the airport started functioning in 1961, it was only during 1964 that the newer airport was constructed. The following years saw an expansion of the airport. New terminals, lounge-areas, and a good number of other facilities were introduced as the director of the airport, Hans Erik Christensen, aimed to build a contemporary airport that could cater to the needs of the public better.

After the revamping of the airport in the late 2000s, a taxiway named "Mike" was constructed. The construction of the taxiway, amusingly, took only 14 hours. The airport has recorded a remarkable growth over the years, with now serving almost 3 million passengers. With the major renovations completed in 2002, the airport successfully registered itself as an efficient intentional airport. The airport ensures comfort and relaxation to the public by maintaining plush lounges, smoking areas, more than a dozen eateries, and a plethora of shops for the public to buy from. 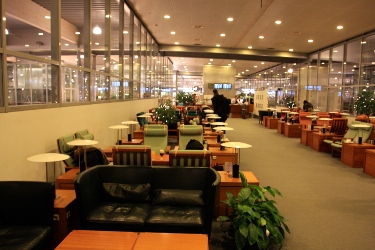 The airport has contemporary architecture, with three-levels and sixteen gates. The airport has an art exhibition every now and then, and boasts of unique facilities like massage chairs, aircraft spotting, Lego chairs, and table football. With a dedicated parking lot, Billund airport authorities reflect on their promise to prioritize the convenience and comfort of the travellers.

Rest assured, once you are at the airport, you will feel at home, and will never confront any complexities!

A smooth trip always requires some planning and efforts! A vacation is meant to calm and not agitate you! While you leave all your worries behind, it makes no sense to worry yourself with booking your rides as and when you land in an unknown spot.

Pre-booking airport transfers is always the safest and most convenient option for all the travellers and tourists.

Rydeu offers all the travellers and tourists the chance to pre-book taxis for airport transfers at unbelievable rates! What's different? You can either choose from one of the offers by Rydeu and get some extra perks or can alternatively choose directly from the offers by our suppliers!

With a round-the-clock dedicated customer support, you will never find yourself clueless and lost!

We, at Rydeu, also take care of your mood and budget constraints! Low on your budget? We have various budget friendly rides for you to choose from! Want to travel in luxury? Book a luxurious ride with us, and let your luxuries be our responsibility!

Rydeu has a smooth operation to and from the Billund airport! With no hidden charges, we offer transparency and comfort!

So, what are you waiting for? Be smart and plan ahead by booking with Rydeu!