The capital of the country, Berlin is an exemplary amalgamation of beauty, adventure cuisine and culture which is why it tops the itinerary of every traveller that wants to get a handful of what the country has to offer. All decorated with fame and merry connotation, Berlin is always seen to be filled with travellers, Leipzig on the other hand is an underrated but one of our most preferred places if you want to get away from the hustle-bustle of the city. Situated in a close proximity to each other, Berlin and Leipzig makes an ideal short getaway.

Private car hire from Berlin to Leipzig is one of the many options to plan the trip, however, the most comfortable one. Car hire cost from Berlin to Leipzig varies as per the desired ride of the passenger, from lavish rides on the sumptuous seats of a royal car, parked right outside of your accommodation to a budget-friendly one to lurk into the beauty of nature, we provide it all. Berlin to Leipzig taxi is just a click away.

Distance from Berlin to Leipzig- 190 km 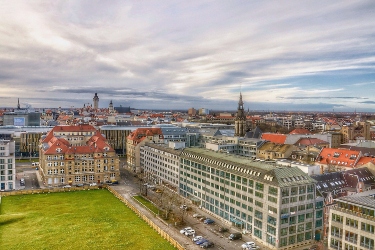 Germany's eight most populous city, and the most populous city in the German state of Saxony, Leipzig is heaven for art-lovers, the more you think you have explored the city, the more it will amaze you with its glorious art palaces and museums. The city is laced with art galleries, museums and concert halls. Rest assured, Leipzig will be worth your time and money, and should definitely be on your itinerary. Calling out to all the music fans out there, Leipzig has one of the most prominent opera houses in the world and features a cuisine of the kings. Strolling through the city centre would make you witness some of the best dishes that Germany has to offer such as Gose, Bachtaler and Leipziger Allasch.