As a fellow traveller, we know the basic thoughts that arrive in our mind as soon as we start planning a trip, is the place safe? Is it affordable? What is it like to travel at night? Backpacking sure does sound fun but let’s face it, it requires the most planning and safety measures. However, while planning a trip to Germany, you can eradicate the safety concern as it is seen to be the most hospitable places of all. Berlin and Dresden are two of the most famous places in the world.

Berlin to Dresden by private cab is the most convenient option if you do not wish to travel amidst the crowd and stand in a long queue for tickets. Berlin to Dresden intercity car hire will bless you with the most picturesque views of all time. Berlin to Dresden car rental with Rydeu will give you the liberty to stop at any desired point and take pictures that will sway your followers. 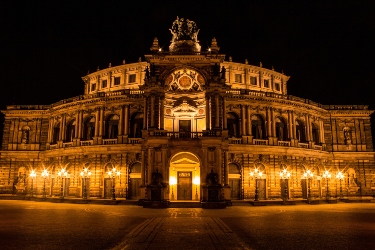 Known to be the capital of Saxony, squatting in the eastern part of Germany, Dresden is seen to be one of the most visited places in the country after its flashier siblings of Berlin and Hamburg. The rustic town is decorated with a lot of contemporary architecture and baroque art museums touching the skies with their zenith. The town has survived destruction and stood proudly still, one example of which is the church of Frauenkirche which was touched and decorated in 1743 was rebuilt after getting destroyed at the WWII, the church is known for its supreme dome. The city is worth a visit, especially if you are a vivid art lover. Getting doomed during the war with the sound of destruction, the city is more beautiful now than it was before. Dresden is also considered to be one of the safest places to travel in the entire world.