A city with an international reputation in the 15th and 16th century, Antwerp was reputed for its bustling port which accelerated the economic influx of the area. Today, it has cemented its position as a modern metropolis. Historic structures like the new Law Courts, the MAS museum or the Port Authority building glitter the city’s landscape. Yet, it still provides opportunities to just unwind and relax on a park bench and smell the roses

A delightful place for food-lovers, Antwerp is full of wonderful cafés and fine dining restaurants. The beautiful blend of traditional Flemish dishes with Mediterranean, French and vegetarian cuisines is note-worthy. The city is sprinkled with a vast variety of bars and places to drink. De Koninck, a light ale drunk in a small, stemmed glass is beloved by locals and tourists alike. The city has its own free news sheet, Zone 03, which tells all about events, exhibitions and concerts taking place. It is great to discover the vibrant and diverse cultural scene of Antwerp.

The area hosts the exciting Festival van Vlaanderen which features more than one hundred classical concerts performed all over the country. Belgium’s best world music festival, SFINKS is also organized outdoors in the suburb of Boechoutin the last week of July.

A haven for shopaholics, ModeNatie is a gigantic fashion complex which ambitiously incorporates styles from the Royal Academy of Fine Arts and the Flanders Fashion Institute. Surrounding a lavish atmosphere, part of the complex houses a fashion museum, MoMu. It displays all aspects of fashion, everything from the walking stick as a fashion statement to the evolution of the trench coat. Admire its adventurous and thought-provoking temporary displays.

Public transport is extremely safe, smooth and efficient and connects every corner of the city. Cards of €14 can be purchased inside buses or at various points in the town. It is cheaper than paying inside a bus which can cost around €3 per fare. The Franklin Roosevelt plaats is the main and central bus station and it is located near the train station. For comfort of the passengers, maps of the bus and tram network covering the whole area can be found online.

The Antwerp Central Station is an architectural monument in itself and it provides easy transfers to other parts of the country like Ghent, Bruges, Ostend, Brussels and international transfers to Amsterdam and Paris. The tram network provided by De Lijn offers access to the city centre, suburbs and the Left Bank. There are 12 lines which includes a tunnel under the river and an underground section which is called the ‘premetro’.

Due to the city’s compact size, transfers by bicycle is an enjoyable and idyllic mode of transportation. There are many special paths for cyclists sprinkled all over the city. A bike-sharing scheme called Velo is extremely popular in the city. Purchase a day pass for this scheme at the central station and you can pick up your bikes at more than 80 places in Antwerp. The price slowly increases after the first 15 minutes which are free. You can also rent a bike at Ligfiets, Windroos, Fietsdokter or Fietshaven.

There is also a unique method of getting around in the city. Have a memorable time travelling in the Horse tram, which leaves from the Grote Markt every hour. It takes you on a 40 minutes ride through the city.

Taxis can be handy when you want to avoid crowds and travel without any waiting time. It is recommended to take a taxi from a well-known company and it is difficult to wave one down. Taxis are available only at specific locations like the Groenplaats or the railway station and you can identify these places with an orange TAXI sign. For easy, stress-free travel, Rydeu provides private transfers in and around the city. Rydeu strives to make every journey safe and enjoyable.

Transfers from Antwerp International Airport are extremely easy and convenient.  Your journey begins at the airport itself and a lot depends on the method of airport transfers chosen. 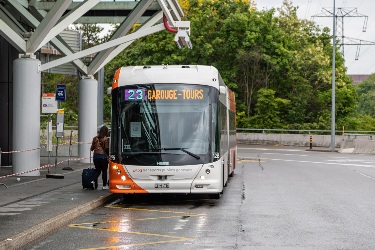 Antwerp’s public transportation system is exceptional. With an extremely organized system of buses and trains one is subjected to a completely different point of view of the city and easy transfers from the airports are provided.

Buses 51,52 and 53 run every 15 minutes from the roundabout located in front of the airport and take you to the Antwerp-Berchem Station in 10 minutes. Further, the majority of the buses at the Bercham station go to Rooseveltplaats.

You can also take a tram from the Antwerp-Berchem Station. Tram 4 ends at Slisburg and has a stop at Antwerpen Groenplaats which is close to the city center and shopping area. Tram 9 stops at Meir and Groenplaats and Tram 11 stops close to Antwerp-Central Station

Taxis are a convenient choice from travelling from the airport especially at night when there is no public transportation and you have a lot of luggage. You can find the taxi stand when leaving the airport building. They can also be found at the roundabout from the airport building.  Never use taxis that are not licensed. If licensed taxis are not available, an information desk can be contacted for additional help. It is located in the min hall. Taxi companies like DTM and TAXI ANTWERPEN SERVICE provide licensed cabs from the airport. Rydeu provides an easy solution for all your travel woes with easy airport transfers. They are cheap, affordable and leave you hassle-free to enjoy the journey to your destination.

A city full of modern designs, gorgeous architecture, atmospheric cafes, Antwerp leaves everyone dazzled. Below is a list of must-visit tourist attractions to explore to make your trip complete

World’s oldest printing press, Museum Plantin-Moretus is a medieval building and is home to a beautiful ancient garden dating from the 17th century. It has been awarded a UNESCO World Heritage status due to its priceless collection of valuable manuscripts and original type sets. A great museum, it boasts of a historical library, a bookshop dating from 1700 and rooms lined with gilt leather. 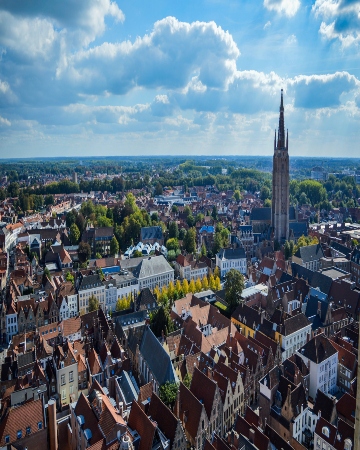