It is almost impossible to visit Amsterdam and now discover Rotterdam. Offering a broad array of experiences that remain etched in the hearts and minds of the touristy souls and travel bugs until time immemorial, both of these cities mesmerize their visitors. Developed as a fishing village in 1328, Rotterdam is now the second-largest city in the Netherlands. Rich with breath-taking architecture and modern art, it's the most important and busiest port in Europe. A contemporary metropolis, the city’s skyline shimmers with colossal skyscrapers unlike other cities within the country. A road trip from Amsterdam to Rotterdam is a one-of-a-kind experience as it provides the opportunity to see and admire the numerous wonderful sights on the intercity route. Another way to increase the pleasantness of this trip is by hiring a private taxi by Rydeu. Look no further than Rydeu for a private car transfer from Amsterdam to Rotterdam.

Distance between Amsterdam and Rotterdam – 48.4 miles 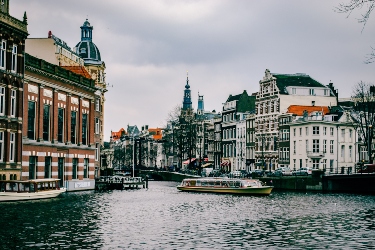 From the breath-taking architecture, to the booming nightlife, Amsterdam provides something mesmerizing for everybody. Originated as a little fishing village, the first settlers of Amsterdam built dikes on each side of the river to stop flooding and afterward, built dams over the dikes. With canals crisscrossed over the town, a backdrop of progressive culture and quaint cafes, Amsterdam woos and dazzles everyone who comes here. One among the foremost popular tourist attractions, the museum Anne Frank Huis draws 1.25 million visitors per annum. The somber atmosphere, with the remembrance of the atrocities faced by Jews quite half a century back, reigns fresh within the minds of the visitors. From the van Gogh Museum, Rijksmuseum, Brown Cafes to charged pubs, you discover Amsterdam with a sense of awe. Every district has its own life, its own mechanism and culture and one trip aren't enough. 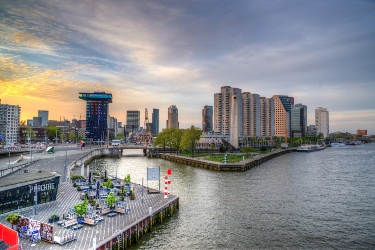 ROTTERDAM
Developed as a fishing village in 1328, Rotterdam is now the second largest city within the Netherlands. Rich with breath-taking architecture and modern art, it's the most important and busiest port in Europe. A contemporary metropolis, the city’s skyline shimmers with colossal skyscrapers unlike other cities within the country. From hippie and stylish cafes to the grandiose magnificent traditional cafes, Rotterdam boasts of its huge sort of eating corners which act as a functional working space alongside quaint hang-out places. A favorite shopping place for top end shoppers, there are numerous shopping venues scattered within the city. Where the well-known street Kruiskade is popular for its upscale retailers like Michael Kors and Klein , Markthal hosts tons of small retailers. Considered the ecu Capital of Culture, the town has its own orchestra called the Rotterdam Philharmonic.